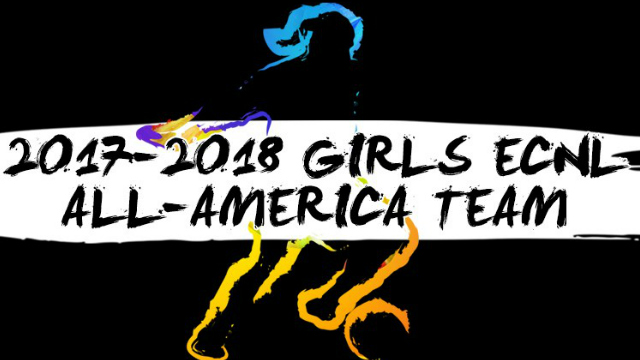 Constant’s tenacious play in 2017-18 has cemented her legacy in the ECNL and her club, as she helped lead McLean YSA to their first ECNL National Championship.

“Claire was an exemplary vocal leader, had tremendous on-field production, selflessly played multiple positions, picked her teammates up when needed, exhibited humility, and so much more,” said McLean YSA ECNL U18/U19’s head coach Nadir Moumen. “She has had such a great year and it is fitting that she has been recognized. Congrats to her on being named the Girls ECNL Player of the Year.”

The 2017-2018 Girls ECNL All-America Team includes players from every conference and more than 20 ECNL clubs:

“These players represented the very best of female youth soccer in the 2017-18 season, and their performances in the ECNL stood out to coaches all over the country,” said Girls ECNL President Christian Lavers.  “The first ever ECNL All-American Team represents a group of young players with an exceptional future in the game, and we look forward to watching them continue to grow and shine in the ECNL and beyond.”