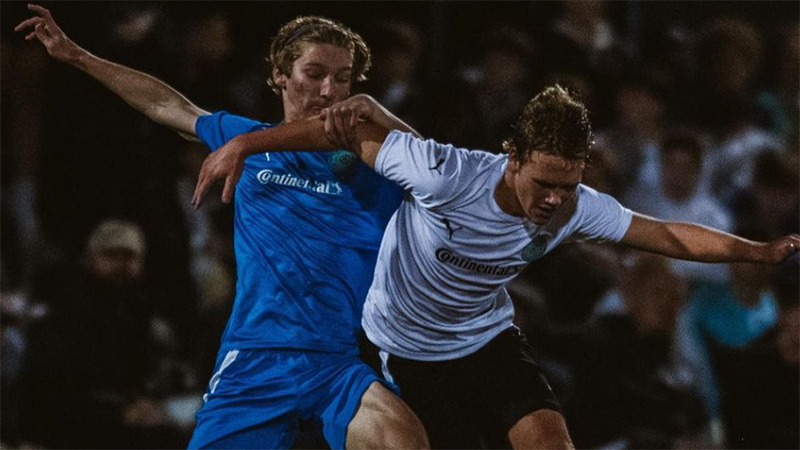 On Saturday night, the stars of the ECNL Boys took the field in the Continental Tire National Selection Game from Sylvan Lake Park in Sanford, Florida.

Both teams kicked the game off with a lot of energy as the game began with a frenetic pace. Through the opening 15 minutes the East began to control more of the possession and see the better of the chances.

In the 16th minute, the East saw one of their best chances of the first half. The East came attacking down the right side of the field and played a ball directly in front of goal, but was just narrowly shot over the bar to keep the game scoreless.

As the half progressed, the West began to play their way into the game and started to see more of the possession throughout the half. Just before halftime, the West saw a good run of play that resulted in Diego Perez (Wilmington Hammerheads) bending a shot at the upper right corner, but East goalkeeper Jordon Eckman (Baltimore Celtic) was up for the challenge and made the save.

Despite some good opportunities from both sides, the defensive play remained strong as the second half got underway. It wasn’t until the 62nd minute that the breakthrough goal came.

With a free kick from a dangerous position, Brett Perkins (Gretna Elite Academy) delivered a great ball toward the near post where Luis Fuentes (Virginia Development Academy) was able to get on the other end of it and head it home to put the East up 1-0 on the night.

As the match entered the final 10 minutes, the West began to push hard for the equalizing goal. Controlling more of the possession, the West sent more players into the attack as they searched for the game tying goal.

In the final moments of the game, the West had a great opportunity to tie things up from a corner kick, but the East managed to hold off the final attack of the game and hang on to their 1-0 victory.

East find the breakthrough goal on a header from Luis Fuentes (@vdasoccer)! pic.twitter.com/6uzH0JFhQX

After the game, Fuentes and Perkins discussed how special it was to play in the environment of a National Selection Game.

“It was fast paced and really enjoyable. We got to meet and get to know everyone. It was just really nice and I’m grateful for it,” Fuentes said.

“It’s just a blessing to be able to be a part of this, meet some guys that I don’t know from all over the US, be able to bond with a group of people, and play at a level that I’ve never played before,” Perkins said.

The two also described the goal they connected on to give their side the win.

“I take free kicks a lot for my club team and I saw him at the front post and just knew where to place it,” Perkins said.

“I got away from my marker. I knew it was an inswing, so I just got near post and luckily he played the perfect ball,” Fuentes said.

While both players noted how amazing the experience was playing in front of such a huge crowd, Perkins hopes as they continue to progress, those crowds will only continue to grow.

“It’s great because it’s a once in a lifetime thing, but as you grow the crowds get bigger and bigger, and I feel that this is just the beginning.”