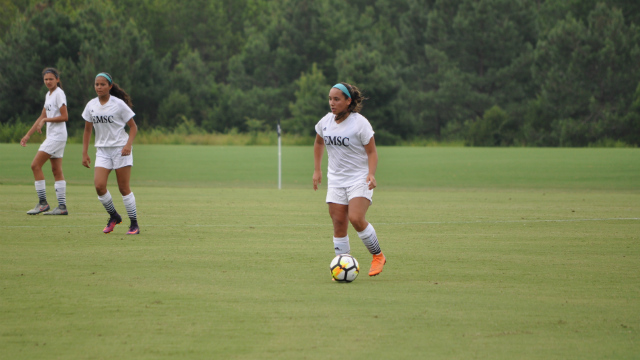 In the wake of Friday’s semifinal action under cloudy and muggy conditions at West Creek Park, eight teams advanced that will compete for four championships on Saturday.

San Diego Surf and So Cal Blues kicked off the day by advancing in the U16 age group, beating Ohio Elite and Mustang SC respectively.

Penalty kicks were needed in both U15 matches, as East Meadow SC drew 3-3 against Crossfire United, with the New York side advancing on PKs. Slammers FC edged past Strikers FC on spot kicks after 110 minutes of soccer led to a 1-1 draw.

So Cal Blues and Davis Legacy both flexed their offensive muscles on Friday. The Blues vanquished Mustang SC by a 4-0 score, while Davis Legacy lost a 2-0 halftime lead to Minnesota Thunder Academy, eventually coming away with a 5-3 victory.

The youngest age group saw MVLA and FC Stars advance. The California side went behind 1-0 to San Juan SC, but scored three unanswered to win. And the drama of the day belonged to FC Stars, which beat Sting Dallas 2-1 on a last minute goal.

Below is a look at some of the standouts from Friday spotted by TopDrawerSoccer.