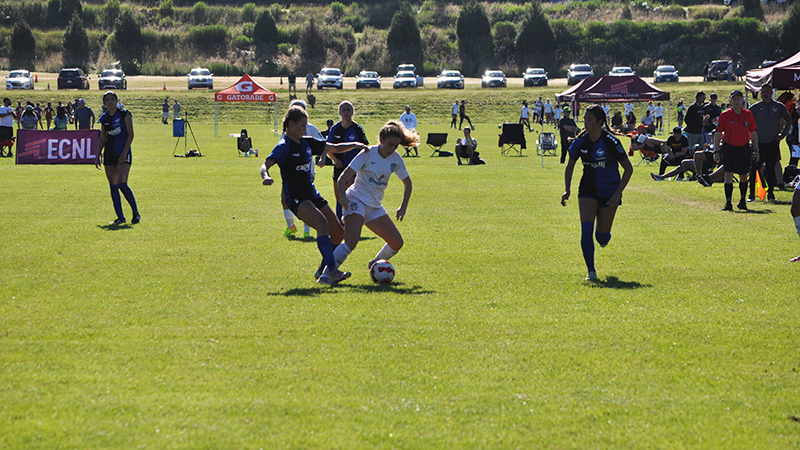 REDMOND, Wash. – The temperature in the Seattle area hit a new high during the ECNL Girls National Playoffs as action continued on Saturday at Sixty Acre Park.

The finals are now set in the Under-19 championship game, slated for June 27. Slammers FC HB Koge will face off against Concorde Fire Platinum. The California side topped Solar SC by a 2-0 margin, while Concorde defeated DKSC.

Group winners were sorted as well in the Under-17 and Under-16 age groups, while the younger age groups had the day off.

Below are some of the top performances from Saturday’s games.