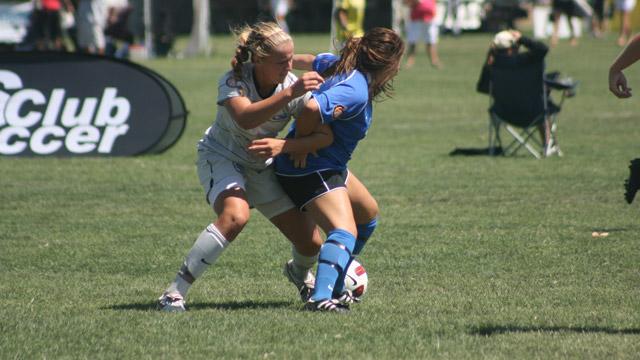 For the second year the ECNL and U.S. Club Soccer are joining forces to host the 2011 ECNL/id2 National Training Camp, held at Florida State University from February 10th to the 13th.

Eighty-three female players, born in 1994 and 1995, will come together for the four-day camp in order to gain national exposure.

“The primary purpose of this camp is give players the chance to be seen in front of national coaches,” ECNL President Christian Lavers said. “We know that National Staff Coach Mike Dickey and U.S. Soccer Women’s Development Director Jill Ellis will be observing as well as plenty of college coaches.” 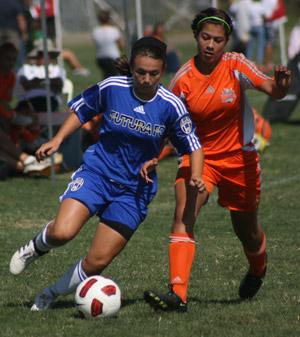 ECNL and U.S. Club Soccer have joined for the id2 National Training Camp.
The camp will consist of a series of morning training sessions, along with Saturday and Friday afternoon 11v11 games. The players will all be wearing GPS monitors to track their intensity and distances covered throughout the matches. It will be a learning tool to teach girls their playing habits.

“There will be a presentation to the players in regards to the intensity and distance covered during the games. It will be an educational experience for the girls,” Lavers said. “They will see comparisons to numbers of players at different levels, WPS and college.”

The idea, according to Lavers, is to teach these players how to take advantage of their athletic ability and further develop their endurance and strength, focusing on different anaerobic training programs.

“Other things they will be shown, is if the players are around the ball and working enough,” Lavers said. “It will give the players an idea about what is expected from their physical ability at the next level. It will be something for them to shoot for.”

Besides the workouts and games scheduled, two unnamed former national team members will be addressing the players.

The decision to combine both ECNL’s Player ID Program and U.S. Club Soccer’s id2 national player identification and development program into one camp, was to improve the game and the identification format for players, according to Lavers.

“We have two organizations with similar goals and we thought it would be valuable to combine the resources and scouting networks that is also focused on older age groups,” he said.

Below is the roster of the 83 players attending (Courtesy of ECNL and U.S. Club Soccer):
Related: Players To Watch,