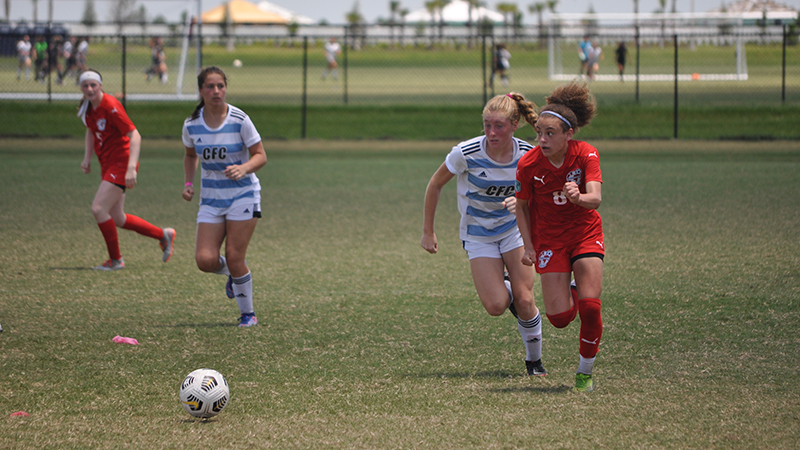 LAKEWOOD RANCH, Fla. – The sixth and final day of play at the 2021 ECNL National Playoffs featured frenzied quarterfinal matchups, a U18/19 championship and spots secured in Richmond.

A tweak to the format meant that group winners for the Under-15 age group advanced to the quarterfinals in Virginia later this month. The U14, U16 and U17 semifinal fields were also set for the National Playoffs.

There was a Champions League trophy awarded, as Eclipse Select won a wild title bout against Internationals SC, holding on for a 3-2 victory. The two teams traded blows all morning long, as the Chicagoland side picked up hardware.

Below is a look at the semifinalists and cup winners from Monday for various age groups.

U17 Showcase Cup B: Loudoun SC

U16 Showcase Cup B: MVLA

U16 Showcase Cup A: SUSA FC

Check out the standouts from Monday’s Champions League games watched by TopDrawerSoccer.