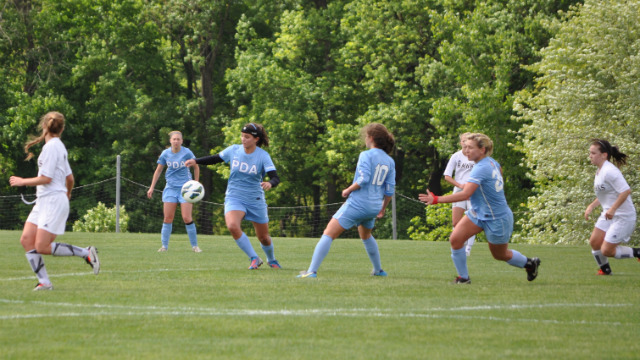 Over the weekend, ECNL squads learned their fate for the postseason as the playoff groups for the elite girls club soccer league were announced. Action kicks off on Friday from Aurora Sports Park where 32 teams in the U15, U16, and U17 age groups will be vying for the eight spots in each age group in the Champions League final, which will take place in Richmond, Virginia in July. 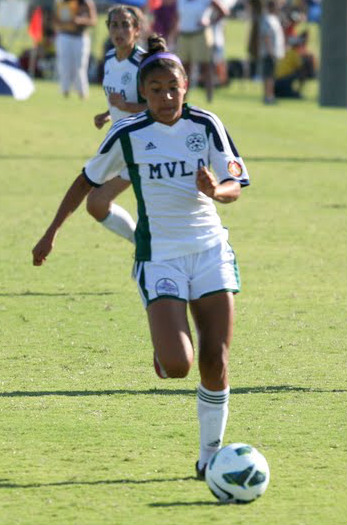 There is also a competition for the North American League (the second flight) and a Showcase event in Colorado over the weekend.

Below is a preview from the Champions League action and the National Championship for the U18 age group. Check back with TopDrawerSoccer.com over the weekend for exclusive content from the event. And check the TopDrawerSoccer scoreboard for all the scores from the action in Colorado.

San Diego Surf, the second overall seed and the national finalist in the U14 age group in 2012, takes on Dallas Texans, Ohio Premier Eagles, and Charlotte Soccer Academy with the one bid to the national finals on the line. Surf heads into the playoffs on an eight-game unbeaten streak and three-game shutout streak.

Home side Real Colorado opens up the competition on Friday with a clash against Southern California side Slammers FC, which is in the midst of a seven-game unbeaten run. Real Colorado will be looking for revenge after losing 3-2 to Slammers back in September. Hailey Stenberg scored two goals and added an assist for Slammers in the win earlier this season. Mallory Pugh and Cydney Billups scored for Real Colorado in that first meeting. Mustang SC and FC Stars of Massachusetts round out the group.

Serena Soccer Club, the top seed in the U16 age group, was drawn into a group with Charlotte Soccer Academy, Carmel United, and Michigan Hawks. Forward Natalie Stephens has been the go-to player for Sereno this season with 11 goals and 10 assists in 22 games.

So Cal Blues, the second overall seed, faces a tough challenge in its group with top scorers Megan Massey (Real Colorado) and Alana Hockenhull (Orlando City) on the schedule for pool play. MVLA (Northern California) rounds out the group, but the Northwest Conference will be shorthanded at the event due to injuries.

Last year’s champion Colorado Rush is in a difficult group as well with Internationals SC, Gwinnett Soccer Association, and West Coast FC on the docket. Rush struggled with out-of-conference play this season with only one win from three events, which saw the Colorado team drop to #25 in the overall standings. Yet, Rush is still a very talented team and hard to overlook as one of the favorites at this event especially with the home field advantage.

PDA, the top seed overall, was paired in pool play with Heat FC, Charlotte Soccer Academy, and Michigan Hawks. PDA already met the Michigan club this season at the New Jersey showcase event, which ended in a 2-2 draw. Rachel Corboz and Bree Livingston had the goals for PDA. Natasha Ntone Kouo and Colby Ciarrocca contributed with the assists.

The U18 age group moves immediately into the finals, so the games on Friday are the Round of 16 fixtures with the final coming on Monday. Top seed TSC Hurricane opens up against #16 seed Carmel United on Friday and the respective fixtures are set up in the same manner. From the eight games, there is only one rematch from earlier this season as Eclipse Select Soccer Club takes on Dallas Texans for the second time during the 2012-13 season. Eclipse won the first meeting 4-0.

The oldest age group also features the rematch of the U17 ECNL Championship tilt from last season as CASL Chelsea Ladies take on Michigan Hawks on Friday in the opening round. The Hawks team is considerably different with the departure of Summer Green to North Carolina, but the history between the two teams should make it an entertaining affair.