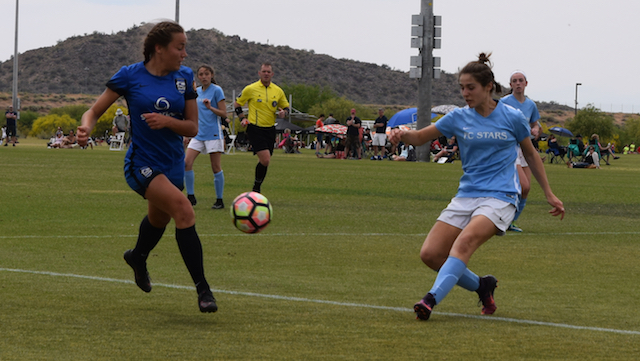 The playoffs are nearly here for the ECNL 2016-2017 season. The league held the draw for the postseason on Thursday night as the best of the best learned who they will face in Rockford, Illinois later this month in the group stage of the post season.

The top girls club soccer league in the United States is home to the vast majority of U.S. Youth National Team members, which makes the playoffs a proving ground for the next wave of talent to hit the international and college stage.

This year’s playoffs have the same narrative in both the U15 and U16 age group as So Cal Blues pursues an elusive double national championship as well as a perfect season for both teams. The dominant showing from the Blues takes away some of the drama from those age groups, as neither team has been challenged this season.

Outside of Blues rolling through the competition, there could be some other surprises along the way. TopDrawerSoccer takes a look at some of the sleepers, the unseeded teams, in the playoffs who could be in for a long postseason run in the U14, U15, and U16 age groups.