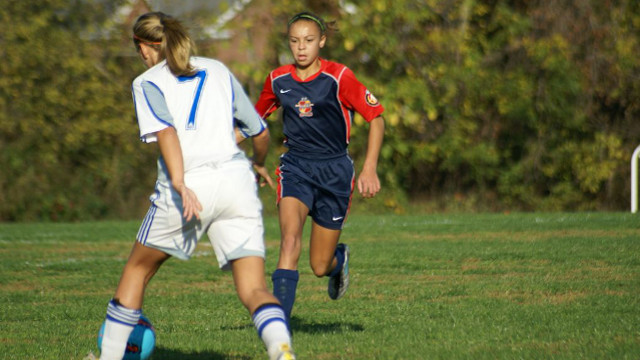 A quartet of top clubs from Ohio and Indiana are jumping into action for the first time this year with long trips to Virginia.

Carmel United, Internationals SC, Ohio Elite Soccer Academy and Ohio Premier Eagles all begin the long and challenging slate of ECNL action this weekend, and what better way to start then life on the road?

With a handful of top clubs in Virginia, all four are headed on long trips. Carmel is set to matchup against Richmond Strikers and Virginia Rush, with Ohio Elite playing those same two clubs as well. 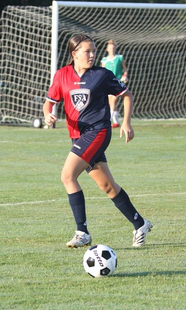 Ohio Premier and Internationals play the same opponents, but will be based closer to the D.C. metro area, with a pair of games against FC Virginia and McLean Youth Soccer Association on the weekends.

Despite the season continuing to go by at a relatively frenetic pace, Sockers FC is in pretty decent position at this point in the season. This weekend is a final chance to wrap up competition until March, as both St. Louis Scott Gallagher clubs come to town to provide the last challenge for a few months.

This weekend’s action is a chance for the Dallas Sting to consolidate their lead on top of the Texas Conference standings. Games against Texas Rush and Lonestar are on the docket – the Sting already beat Lonestar earlier in the year 3-0, while the Rush tied them 0-0. Lakyn Pope currently tops the Sting’s scoring charts with 9 goals on the year right now.

Undefeated Eclipse SC (8-0-0 in conference) heads back into action after getting a chance to rest a week ago. It’s a relatively light slate as well, as despite heading on the road, Eclipse faces Minnesota Thunder Academy. Eclipse standout Kayla McCoy continues to miss action because of injury. The Thunder has the chance to close the gap on the first place Eclipse.

Orlando City finds itself with an opportunity this weekend. Three points in the standings behind Gwinnett Soccer Association, OCYS can snare a tie for first place in the Southeast Conference when playing VSI West FL Flames on Saturday. Ruvimbo Mucherera and Evelyn Neidert have been the key offensive weapons for Orlando so far.

After a pair of ties last weekend on the road, CASL Chelsea returns home for a pair of games this weekend, going up against Birmingham United and Concorde Fire. Mary Gracin Palmer is the team’s biggest scoring threat, her 8 goals in 12 games providing the spark in the final third. Tagging along on the road is CASL’s Southeast Conference rivals Charlotte Soccer Academy, facing the same two opponents.

It’s a battle of the two Florida clubs this weekend, As Orlando City YS (new to the ECNL this year, at least in name) plays VSI West Florida Flames. Both could use the full three points, sitting in sixth and third place respectively.

The invasion of Ohio clubs to the Northern Virginia area, and it’s set to test FC Virginia’s 5-0-0 start to the Midatlantic Conference schedule. FCV should have the advantage over this weekend’s opponents of Ohio Premier and Internationals, considering they’ve been playing and training together longer this fall.

Another road trip awaits the Colorado Rush this coming weekend. A side that has bossed its conference to this point, travels to Nevada to play Las Vegas Premier and Heat FC. Danica Evans’ 18 goals in 10 games continue to be one of, if not the best, strike rates in the nation.