ECNL Preview: All eyes on PDA 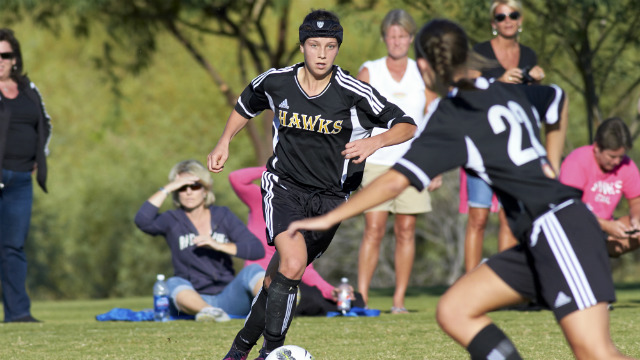 As the month of May winds to a close, the ECNL season draws nearer to conclusion.

But not before one more regular season National Event, as attention switches to New Jersey for the annual PDA Showcase over the Memorial Day weekend. 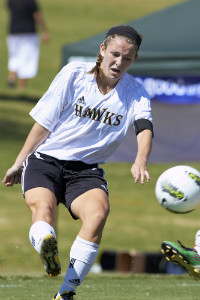 U15, U16 and U17 teams will all be involved, making the trip from Texas, California and other pockets of the country to get the chance to compete in front of college coaches and national team scouts.

Here’s a look at some of the biggest matchups of the weekend:

Current first-place side in the Northeast Conference, FC Bucks get three tricky opponents when they take on FC Virginia, Ohio Premier Eagles and MVLA.

FC Stars of Massachusetts will wrap up their season over the weekend, playing three more games against VSI West Florida Flames, MVLA and Ohio Premier Eagles, as they aim to finish their positive campaign off strong.

Possessing a slim chance of qualifying for the national playoffs, Sockers FC is also among the teams finishing out the regular season schedule in New Jersey. The Chicago-area club takes on FC Delco, Ohio Elite Soccer Academy and Virginia Rush. Winning all three could possibly nudge its points per game total into the realm of playoff picture, depending on other results.

A whole host of teams in this age group will descend on the region with players all looking to impress coaches. Midwest power Eclipse Select SC is amongst those making the journey east, and the prestigious club has three big challenges, facing TSC Hurricane, West Coast FC and FC Stars of Massachusetts.

The host of the weekend, PDA, gets its opportunity to take on very good opposition. Real So Cal, Carmel United and Charlotte Soccer Academy are all on the docket for the New Jersey club this weekend. Standouts like Montana Sutton, Bryce Watts and Taylor Racioppi will look to keep the team ticking against teams of that quality.

Returns have been positive for Orlando City YS at this age group during its first season in the ECNL, and for the first time since the end of February, the club will return to action at the National Event. Games against Heat FC, Eagles SC and Internationals SC will see the Southeast Conference first place team finish its year on top.

Michigan Hawks are making the trip from the Great Lakes to the East Coast, and lining up for one of the weekend’s marquee matchups on Saturday against PDA. The New Jersey club boasts talents likes Colby Ciarrocca, Rachel Corboz and Madison Kenny, will look to test the Michigan side, which will also play Arsenal FC and So Cal Blues.

The Southern California side will look to preserve its playoff status against the Hawks, and will also go up against Eclipse Select SC and Ohio Elite Soccer Academy.

First place in the Southeast Division at the moment, Charlotte Soccer Academy is making the jaunt up to New Jersey, going up against Colorado Rush, FC Bucks and FC Stars of Massachusetts. Anna Estep and Alison Price have both been effective up front for Charlotte this campaign.

Another first place team in town is a talented Freestate Soccer Alliance squad. With Imani Dorsey, Margaret Purce and Casey Martinez on the roster, the Maryland club will get games against quality opponents like Orlando City, Mustang SC and West Coast FC.