ECNL Preview: Eyes on the Prize 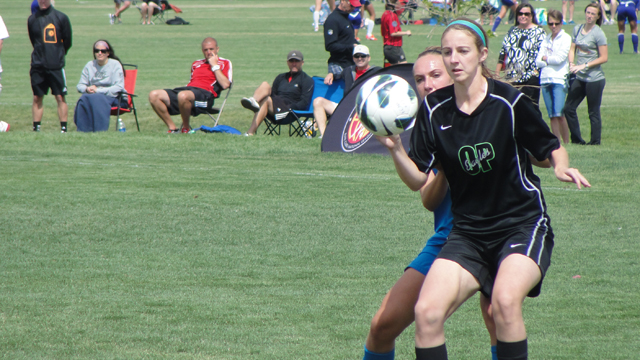 It is exciting times in the ECNL as teams start to hit their stride in the midst of the season. This weekend features a few teams that have been in top form all year with undefeated records and sights on bigger prizes.

Check out which games to look out for in the ECNL preview below.

So Cal Blues, arguably the most dominant team in the ECNL this season, hits the road this weekend for games against Las Vegas Premier SA and Heat FC. Blues 12-0 on the season and have only let in one goal. The two Vegas clubs are searching for their footing with only four wins combined between the two of them. Heat and Premier also host West Coast FC, the second place team in the Southwest Conference, this weekend. Mia Roth leads the West Coast attack with eight goals in 11 games.

Continental FC Delco has a busy schedule this weekend with three games in three days. The Pennsylvania club has games against Connecticut FC on Friday and Saturday and then finishes off the weekend with a game against SoccerPlus Elite on Sunday.

FC Wisconsin Eclipse and Minnesota Thunder Academy are also having a doubleheader over the weekend with fixtures on Saturday and Sunday. Both teams are in the early stages of the season and searching for their first points of the campaign.

It is a big weekend in the Ohio Valley Division as the top two teams square off on Sunday when Bethesda SC hosts Carmel United. Both teams are undefeated in conference play entering the weekend. Alexandra Rice paces the Carmel attack with seven goals and seven assists in nine games. Olivia Kane is the main weapon on the other squad with six goals and five assists in only six games.

The Bethesda-Carmel showdown is not the only noteworthy fixture from Ohio Valley this weekend as Internationals SC and OP Ohio Premier are set to meet on Saturday. Internationals’ tough defense has been the key this season with only one goal conceded in conference play through four games.

Arsenal FC and Real So Cal battle this weekend for the second time this season. Arsenal is climbing up the standings in the Southwest Conference following a 1-0 win over So Cal Blues last week. Lauryn Payne netted the lone goal in that clash thanks to an assist from Aleenah Perez. The duo will be looking for some revenge on Saturday as Real So Cal won the first meeting this season 1-0 behind a goal from Jordyn Geller.

FC Dallas returns to action this weekend after being off the past three weeks with a game against D’Feeters Soccer Club. FC Dallas leads the division with a 9-3-1 record, but Dallas Texans remain close on its tail with a 7-3-1 mark. D’Feeters is not far off pace with a 7-4-1 record. FC Dallas’ attack is balanced and can strike from a number of places, but it has been Natalee Heiser leading the pack with 11 goals. FC Dallas won the first meeting of the season between these sides 1-0 thanks to a goal from Abby-Grace Cooper off an assist from Addison McCain.

Maryland United’s dominance will be put to the test this weekend with games against Carmel United and Ohio Elite Soccer Academy on the schedule. Maryland is 5-0 in conference play with 17 goals for and zero against. Melanie Stiles has been in net for the 450 minutes of shutout play. In the attack, it has been Kia Rankin as the main option with seven goals in eight games.

The Friday night lights will be on in New Jersey when Match Fit Academy hosts FC Bucks at 8 p.m. Both teams are in the early stage of the season and jockeying for position in the Metro Division. Match Fit started conference play out with a 1-0 win over FC Delco with Tara Durstewitz delivering the game-winning blow. Arianna Ferraro provided the assist on the play.

Dallas Sting is back to ECNL play this weekend for the first time in March with a game against AHFC on Sunday. Sting is the top team in the Texas Conference and the No. 1 seed in the national standings. The pressure is still on though as Dallas Texans remain within striking distance. AHFC also had Sting’s number earlier this season when it held the perennial powerhouse to a 1-1 draw. Christiana Sullivan scored for AHFC off an assist from Katherine Byrne. Chelsea Surpris tallied the goal for Sting.

The No. 2 team in the national standings is also in play this weekend as West Coast FC makes the trek out to Las Vegas for games on Friday and Saturday. The Vegas clubs will be hoping to slow down Leah Pruitt who has 14 goals in 11 games this season.

Real So Cal takes on Arsenal FC on Saturday in a matchup of first versus last in the conference. Real So Cal is 10-0-1 in conference play and sits in second in the national standings. Kristy Walker’s side won the previous meeting between these teams 2-0 with goals from Alexandra Bruder and Rebecca Harrison.