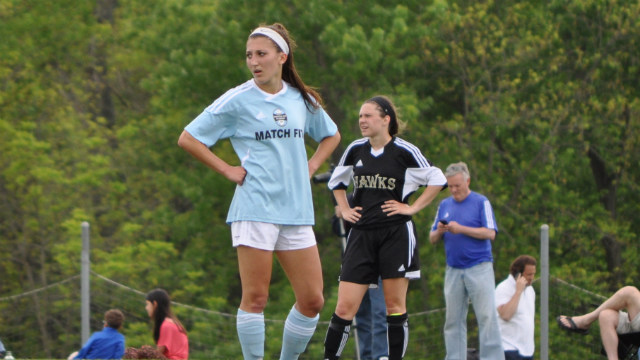 The ECNL squads from the U15 through U18 age groups are flocking to Florida this weekend to battle in the Orlando region for three days.

Below is a look at some of the top teams in action.

Solar Chelsea SC has yet to lose during the 2014-15 season, with a record of 12-0-1 heading into the event in Florida. Catiana Lychywek currently tops Solar’s scoring charts with 11 goals on the year, while Peyton Bauman has 12 starts in goal and Courtney Sebazco has 11 assists. Games against FC Stars of Massachusetts, Michigan Hawks and FC Bucks are on the docket.

The Hawks are another team to watch out for, like Solar, without a loss in the current season. Camryn Evans and Madison Donley pace the team’s offense, while No. 1 ranked recruit from the class of 2018 Alexa Spaanstra is also rostered. Along with the solar matchup, Michigan has games against Charlotte Soccer Academy and CASL.

After just starting the season in the beginning of December, Penn Fusion only has three games under its belt prior to Florida. The Fusion, which boast the talents of Gianna Yurchak, Cashlin Copley and Rachael Dorwart, have games against Solar Chelsea, West Coast FC and Charlotte Soccer Academy.

Another team in the early stages of its campaign is PDA, which has the makings of another quality team from the New Jersey powerhouse. Attacking midfielder Alexa Ferreira is one of many dangerous attacking options along with Zoe Steck, while goalkeeper Evangeline Soucie provides a talented security blanket at the back. Matchups with FC Virginia, Dallas Texans and Texas Rush await in Florida.

Michigan Hawks carry an unbeaten record to Florida in this age group as well, with an 11-0-1 record on the year. Boasting a stout defense that has conceded just seven goals from those 12 games, the Hawks will be tested by FC Virginia, CASL and Connecticut FC.

Vardar, FSA FC and East Meadow SC are the three teams Orlando City SC faces this weekend, as attackers Sarah Thrush and Kaley Verpaele will look to keep the team running in the right direciton. The defense, which is backstopped by goalkeeper Brianna Waggoner and features Margot Cockerell, Vanessa Pajotte, Princess Salazar and Molly von Eschenbach, has conceded just five goals in 12 games so far.

After missing the first half of the Surf’s season with an injury, 2017’s No. 1 ranked recruit Catarina Macario has been back in the team’s lineup, and should be on the plane to Orlando. The Surf, which also boasts Julie Doyle, Arlie Jones and Ana Gil in the attack as well, plays Texas Rush, Albertson Fury and Eclipse Select.

Eclipse Select’s talented U17 squad will be in Florida as well. The high-flying offense boasting the likes of Zoe Redei, Marissa Bosco, Alissa Gorzak and Foster Ignoffo, lines up against the Dallas Sting, Concorde Fire and Dallas Texans.

Texas recruit Haley Berg leads the Texans in scoring with 13 goals so far this season. The team will also take on FC Stars of Massachusetts and PDA.

Just three games into their season, PDA already has 16 goals from that stretch and has yet to concede any. Sean Sinko patrols the net for the NJ side that faces a trio of Dallas clubs in Florida: FC Dallas and the Sting, to go with the meeting with the Texans.

Gabriela Rivera and Reagan Glisson pace the Concorde Fire’s attack thus far in 2014, and the duo will look to help the Fire past Maryland United FC, Eclipse Select and Match Fit Academy.

Boasting an array of Division I-bound talent, Match Fit Academy faces a gauntlet of games against Eclipse Select, Gwinnett Soccer Association and McLean Youth Soccer. Bridgette Andrzejewski (North Carolina), Alana Cook (Stanford), Hana Kerner (Virginia) and Julia Ashley (North Carolina) should all be available to the NJ side that’s right at the start of the season.

At the polar opposite of its ECNL schedule is GSA, led by Notre Dame commit Jennifer Westerndorf and her 29 goals. Ella Stevens is the main supply line in midfield with 15 assists this year, and they’ll face tough opposition aside from Match Fit, going up against Eclipse and FC Stars of Massachusetts as well.

Facing Eclipse and Match Fit Academy, not to mention a match with West Florida Flames, McLean Youth Soccer heads to Florida in flying form. Without a loss in 11 ECNL games this season (all wins), the Northern Virginia outfit has outscored its opponents 41-8, led by Jarena Harmon’s 14 goals in 10 games.