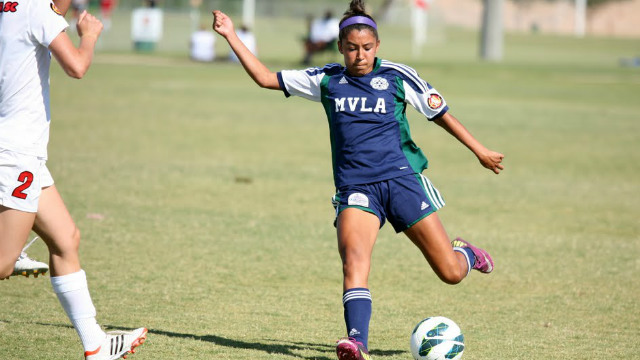 With a break for Easter Weekend looming on the horizon, the upcoming weekend is one last chance for players to compete in ECNL action in March.

Everything is left to play for as most clubs remain in contention for this summer’s National Playoffs. 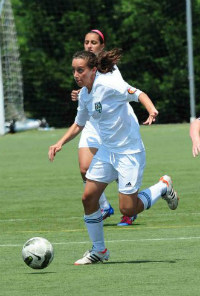 Here’s a look at some of the game to watch out for:

Carmel United holds a narrow lead at the top of the Midatlantic Conference, and will aim to consolidate it this weekend with a matchup against Ohio Elite Soccer Academy. Forward Alexandra Rice guides the attack with 13 goals and 10 assists so far this season, with Alicia James and Taylor Crowe providing offensive support.

While it’s yet to lose a game in conference action this season, PDA faces two difficult challenges with both FC Bucks and FC Delco making the trip to New Jersey looking to knock off the first-place side.

Playing its first and only games of March is Washington Premier, hopping on a plane for a trip to Northern California for games against MVLA and Pleasanton Rage. A strong 3-1-0 start to its conference schedule means that these are two very important matches, and a pair of wins would jump Washington into a tie for first place in the Northwest.

Another team eying a chance to jump into first place is FC Bucks out in the Northeast Conference. Games against PDA and World Class FC mean that won’t be an easy task, but if players like Emma Loving, Katelyn Long and Gabrielle Farrell perform to their high standards, it could easily happen.

With the high school season starting soon in Virginia, this is the final weekend of action for McLean Youth Soccer. A road trip to Ohio for games against Internationals SC and Ohio Premier Eagles lies ahead for the final regular season act. It means a last chance at ECNL play for Mia Hoen-Beck, who has accounted for 20 of her team’s 32 goals so far on the season, and the U17 Women’s National Team striker will certainly look to end things in style.

MVLA’s undefeated mark in this age group in the Northwest is going on the line again, with Crossfire Premier and Washington Premier paying a visit. Another U17 hopeful, Tegan McGrady, will be in action, though providing support are talents like Michelle Maemone, Jayme Hughes and Noelle Lara.

Neither FC Bucks nor PDA has lost a game in the Northeast Conference yet this year – granted, they’ve only played four and three games respectively – but that could change as the two teams square off this weekend. PDA in particular has plenty of strong players, including Natasha Ntone Kouo, Rachel Corboz, Caroline Chagares and Sabrina Flores.

Yet another unblemished conference mark is also on the line for International SC, whose U17s are enjoying life in the ECNL quite a bit. McLean Youth Soccer and FC Virginia are coming to town, an opportunity for midfielder Emily Ogle (committed to Alabama) to continue to lead her team’s attack, as she’s posted eight goals and 10 assists so far on the season.

It’s not quite a must-win weekend for Santa Rosa United, but with conference games against De Anza Force and Mustang SC, anything less would see Santa Rosa slip further and further away from possible postseason play.

Opportunity is there in the Northeast Conference for just about any team to assert itself in the standings, and opportunities are plentiful with PDA, FC Bucks, Connecticut FC, East Meadow SC, FC Stars of Massachusetts, World Class FC, FC Delco and Scorpions SC – nearly the entire conference – all in action against each other.