Despite the early stage of the season, this coming weekend will feature the matchup of two of the top ECNL clubs in the Washington, D.C. area. FC Virginia and McLean Youth Soccer meet in each age group from U15 through U18.

And each age group looks to carry different stakes and permutations. The two U18 clubs have both started strong in the Midatlantic Conference, with FC Virginia 3-0-0 and McLean 2-1 – with McLean’s only loss coming in the previous matchup against FCV, a 4-1 win. 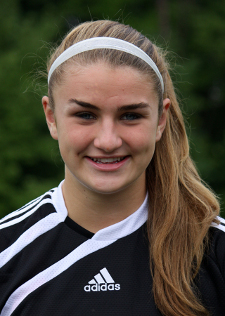 This time around, outside back Brittany Basinger will be back in the lineup for Virginia, adding another weapon to a team that already includes players like Ashley Herndon, Brianna Toelle and Murielle Tiernan.

Seeing that it’s the second meeting between the team in two months, there will likely be no secrets between the two teams, making for some entertaining, rivalry-influenced games.

While the rest of the age groups don’t start until December, PDA’s U14s are off to a strong start in the Northeast, with four wins from the first four conference matches of the year. This coming weekend features a full slate, with games against East Meadow SC and Albertson Fury.

Two undefeated clubs out west – West Coast FC (4-0 in conference) and Arsenal FC (3-0) face each other. High-scoring Sophia Serafin is so far dominating the competition for West Coast, with 11 goals from the opening stretch of the season. Forward Sabrina Enciso represents one of Arsenal’s more potent attacking weapons.

The Colorado Rush and Storm prepare for an important meeting in the Mountain West. Both are off to strong starts in conference play. Civana Kuhlmann has emerged early on in the season for the Rush, as she’s already scored 14 goals in eight games so far, and will look to maintain a high scoring clip.

In the battle of the Fires, one club is likely to get burned.

Atlanta and Concorde are set to square off this weekend, with Concorde enjoying a particularly strong start to the campaign. Goals are coming from all over the field, with Lily Ammon, Lily Barron, Gabriela Rivera and Katie MacGinnitie each with at least six on the season so far. Stopping the attack will be Atlanta’s key to coming away from the meeting with at least a point.

Early life in the ECNL has been something of a battle for Orlando City during the first couple months of its new iteration. This weekend things won’t get any easier, as CASL Chelsea and Charlotte Soccer Academy come pay a visit to central Florida for the weekend.

Momentum is in the hands of the Dallas Texans at the moment, and they’ll look to keep the wins rolling in against TSC Hurricane. Madison Haley continues to impress with 10 goals from 10 games so far, while Haley Berg isn’t too far behind with eight strikes on the season.

The Southeast Conference looks to be an extremely competitive battleground so far this season. And Charlotte Soccer Academy will look to hang on to its points per game lead when traveling to Florida for games against Orlando City and VSI West FL Flames. Caylin Prillaman, Katelyn Williams and Lauren Lucas have all been putting up impressive numbers early on in the season.

CASL Chelsea is joining their North Carolina counterparts down in the panhandle state, with games against the same opposition on the weekend.

Even in the early days of the season, few U16 teams have been quite as dominant as the Dallas Sting has been so far. While they’ve lost and tied a game out of their first eight, the Sting’s goal-differential of 25 scored and 2 conceded against Texas Conference opponents has been where they have really shined. Games against Texas Rush and Lonestar SC are on the docket as they look to keep up with the emphatic start.

Making what will certainly be a difficult road trip this weekend is FC Wisconsin Eclipse. The trip this time around is to Michigan, for games against Vardar and the Michigan Hawks. After dropping their first two games in the Midwest conference so far, results here would be huge, depending how things come off on Saturday and Sunday.

Sporting Blue Valley’s another team that has started on the right foot in conference play. Another important Midwest match is on the docket for this weekend, going up against Sockers FC.

It’s an opportunity for Eclipse SC to get a second crack at its neighbors to the northeast, with a trip to Michigan on the horizon. Games against Vardar and Michigan Hawks are on the schedule, two teams that Eclipse has already faced twice before this season – and defeated both times.