ECNL Recap: Chase is on 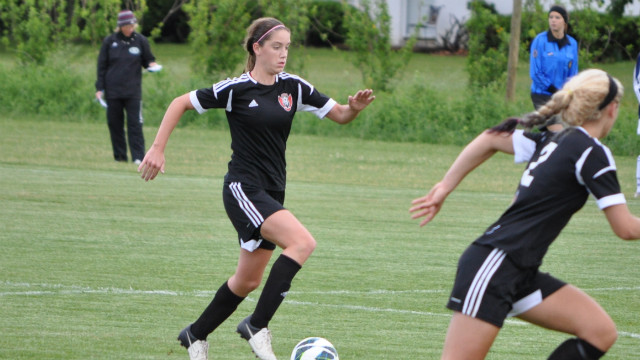 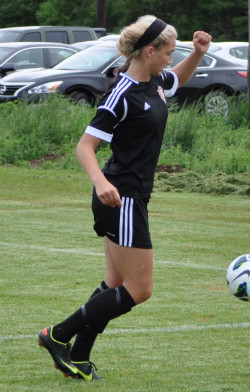 FC Stars of Massachusetts suffered their first loss of the season on Sunday in a 2-1 defeat to Penn Fusion. Stars did start the weekend with a good win over FC Bucks thanks to goals from Elayna Grillakis and Emily Loney. Madeline Vergura scored on Sunday, but it was not enough as Stars lost 2-1 to Penn Fusion.

Dallas Texans defeated local rival Dallas Sting 4-1 on Sunday. Sophia Silva-Trevino scored twice with Tyla Tolbert and Ally Jackson each adding a goal apiece. Kendall Bates, Kaity Hemperly, and Jackson all had an assist in the game as well.

Sporting Blue Valley improved to 5-5-2 on the season with a 2-0 win over SLSG on Saturday. Both Keelie Fothergill and Shelby Lierz had a goal and an assist for Sporting in the win. Lierz leads the team this season with five goals and five assists.

Challenge SC squeaked out a close 1-0 win over Lonestar SC on Saturday. Challenge improved to 7-4-2 on the season with the win and moved into fourth place in the division. Forwards Courtney Harris and Sabrina Segovia combined for the goal with Harris nabbing her fourth tally of the season.

West Coast FC handed San Diego Surf its first loss of the season on Sunday in a 3-1 result. Madison Bennett, Madison Cook, and Remy Mathews scored for West Coast FC. Yasmin Ahooja had the lone goal for Surf off an assist from Chloe Frisch, who also received a red card later in the game.

Jordyn Cunningham scored twice and Mustang SC beat MVLA 2-1 on Sunday in a Northwest Conference showdown. Mustang SC is a perfect 4-0-0 on the season and has a four-point lead at the top of the division. Jillian Jamero and Miranda Jimenez had the assists for the victors. Sarah McLeod scored the lone goal for MVLA.

Atlanta Fire remained in second place in the Southeast Conference with a 1-0 win over Birmingham United on Saturday. Casey Couch tallied the lone strike for Fire in the win. It was the first goal of the season for the George Walton Academy junior.

Lonestar SC improved to 5-0-1 on the season with a 3-0 win over Challenge SC on Saturday. Nakia Graham, Natalie Hanson, and Vaeda Reid scored for Lonestar in the win. Maya Dokic had the lone assist in the game.

Notre Dame verbal commit Jennifer Westendorf scored a hat trick for GSA in a 4-1 win over Concorde Fire. Sh'Sh'Nia Gordon added the other goal for GSA with Ella Stevens and Amanda Vocelka providing assists on the day.

D’Feeters Soccer Club improved to 4-2-1 on the season with a win over FC Dallas over the weekend. Dominique Mazero, Brooke Hartsock, and Lauryn Bruffett all scored for D’Feeters in the win. Noa Kopplin and Bruffett had the assists.

Colorado Rush improved to 7-1-2 on the season with a 3-0 win over Colorado Storm on Saturday. Kayla Hill, Janessa Fowler, and Madeline Flom scored for Rush in the win. Columbine High School junior Riley Okeefe had two assists.

Mary Gracin Palmer scored twice and CASL cruised to a 4-0 win over NC Fusion on Saturday. Kenley Sigmon and Cailyn Boch also scored in the game. Morgan Reid, Amanda Lasater, and Alexandra Kimball all had assists in the game.

AHFC picked up its second win of the season with a 4-2 result against Texas Rush. Elizabeth Ashwood had a goal and two assists to lead AHFC’s attack. Emily Cameron, Lauren Harrington, and Selena Peters all had a goal as well.