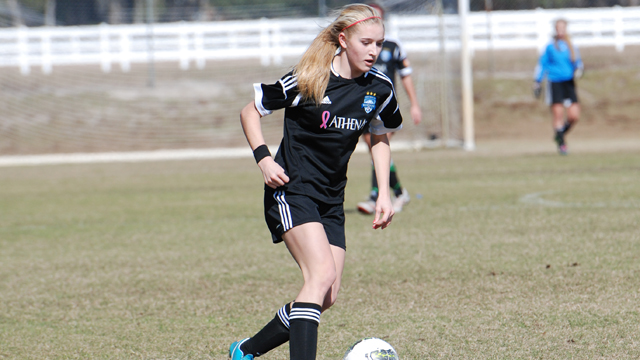 FC Virginia scored late and often on Saturday en route to a 3-2 win over Bethesda SC in the Washington DC Beltway Battle. FC Virginia’s win clinched a spot in ECNL National Championship Series for the leaders of the Midatlantic Conference with two games remaining on the schedule. Gabriella Gordon was the main weapon for the Virginia attack on Saturday, as the forward drew a foul that set up a free kick goal and then was fouled in the box for a penalty kick that she converted. Casey Kent scored on the free kick and Kasia Kwitnieski scored the other goal in the victory.

PDA finished off its nearly perfect regular season with a 5-0 win over Connecticut FC on Saturday and a 6-0 win over SoccerPlus Elite. PDA finished conference play with 16 wins and one draw, which sets the New Jersey club up for the best record in the national prior to the National Championship Series. 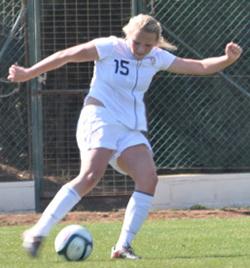 Keeping pace with PDA is Northern California club De Anza Force, which also capped its regular season over the weekend with a commanding 6-0 victory over Pleasanton Rage. Force finished conference play with 15 wins and one draw.

Dallas Sting kept hold of its top spot in the national standings thanks to a pair of shutout victories over the weekend. Sting defeated AHFC 5-0 on Saturday thanks to a pair of goals from Jordan Harr. Cyera Hintzen, Savanna Jones, and Julia Lenhardt also scored for Sting. Olivia Bagby, Kayla McKeon, Hintzen, and Harr each contributed an assist in the win. On Sunday, Lakyn Pope and McKeon scored in a 2-0 win over Challenge SC.

Ohio Premier Eagles pushed its unbeaten run to nine games over the weekend thanks to a pair of victories over Freestate Soccer Alliance and Bethesda SC. The Eagles topped Freestate 2-1 on Saturday and then took down Bethesda 3-1 on Sunday. The six points pushed the Ohio club onto the heels of FC Virginia for the second spot in the Midatlantic Conference.

San Juan Soccer Club picked up three important points on Saturday with a 1-0 win over Santa Rosa United, which kept San Juan in the playoff hunt and in the top three for the Northwest Conference. San Juan finishes the season with games against De Anza Force and MVLA.

In Southern California, So Cal Blues topped West Coast FC 3-0 thanks to goals from Kathleen Pingel, Anika Rodriguez, and Nikole Rosen. Isabel Damiani, Jennifer Munoz, and Rosen contributed the assists on the day. In essence, Blues had wrapped up a share of the conference title last week with a 1-1 draw against Slammers, but the victory on Saturday clinched the full share of the crown as the team now prepares for a holiday getaway to New Jersey for the PDA National Event.

Internationals SC (Ohio) looks like it is well on its way to a playoff spot after a pair of victories over the weekend against Bethesda SC and Freestate Soccer Alliance. Internationals topped Bethesda 4-1 on Saturday and then shut out Freestate 2-0 on Sunday. The Ohio club ends its regular season in June with home games against Ohio Elite Soccer Academy and Carmel United.

PDA is still the top team in the nation, but the gap at the top shrunk a little over the weekend as the New Jersey club was held to a 3-3 draw against Connecticut FC on Saturday. PDA bounced back on Sunday with a crushing 4-0 win over SoccerPlus Elite Connecticut. PDA will have its hands full this weekend with games against Michigan Hawks and San Diego Surf.

Mustang SC picked up an important win on Sunday with a 2-1 result against MVLA. The three points keep the Northern California club in the final wild card spot for the playoffs with only the PDA National Event left on the schedule.

Emily Bruder had a hat trick and Las Vegas Premier had a long ride home on Sunday after Utah Avalanche dropped a 9-0 score line on the visitors from the west. Lindsey Butts, Mikayla Elmer, Shelby Green, and Mattison Long also scored in the romp. Avalanche took of the top spot in the conference with the win and enters the postseason as the #10 seed in the national standings.