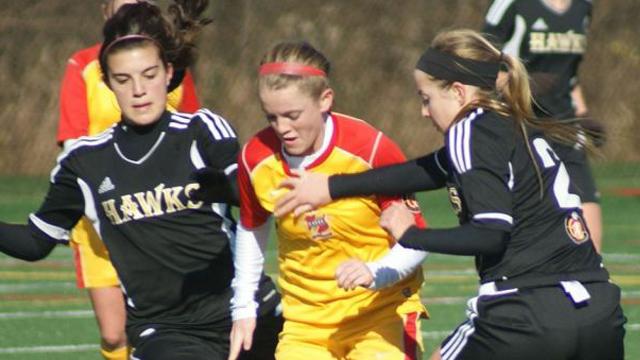 With U.S. Soccer holding an important U15 and U14 Girls National Team megacamp in North Carolina this week, a number of teams were without top players. However, most of the teams showed they have the depth to replace the youth national team absences.

Find out how the clubs fared in this week’s recap from girls club soccer’s most prestigious league.

PDA is the only team left in the nation with a perfect record in the youngest ECNL age group. The New Jersey club was not in action this weekend, but watched on as San Diego Surf and the other remaining teams slipped from the ranks of the untouchable. 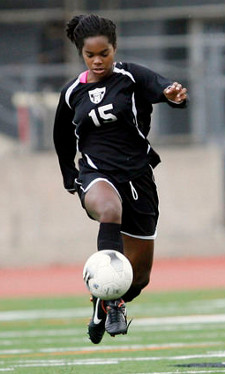 Carmel United improved to 7-0-1 on the season with wins over Bethesda SC and Freestate Soccer Alliance. Alexandra Rice leads the attack for the Indiana club with 10 goals and five assists on the season. Taylor Crowe had a banner weekend with three goals in the two games.

Colorado Rush’s Civana Kuhlmann kept the top spot in the goal-scoring race with three goals in two games over the weekend. Civana has scored 17 goals in 11 games this year.

Over the weekend, Real Colorado conceded its third goal of the season in conference games. Of course, Real also scored eight goals in the two games so the lone blemish did not look too bad when the dust settled on Monday. Real leads the conference with a 7-0-0 record through the first three months of the season.

Thanks to two goals form Olivia Erlbeck, San Diego Surf defeated Arsenal FC 4-0 on Sunday and opened up a seven-point lead at the top of the SoCal Conference Standings.  Surf is 5-0-0 on the season in conference play and has used a balance attack of Erlbeck, Dana Dalton, Doriana Moul, and Valerie Noerber to race past the opposition.

In Northern California, Mustang SC defeated local rival De Anza Force 3-2 on Saturday. Jordyn Cunningham, Miranda Jimenez, and Madison McNamara found the back of the net for Mustang SC, which is 4-0-0 in conference play this season.

Michigan Hawks conceded their first goal of the season on Saturday in a 2-1 win over SLSG-Metro. Prior to the goal, the Hawks had gone four games without letting anything get past goalkeeper Megan Bricely. On Sunday, the Hawks started another undefeated streak with a 1-0 win over SLSG.

In Las Vegas, Utah Avalanche kicked off its season with a pair of victories on the road. On Saturday, Avalanche beat Las Vegas Premier 3-0 thanks to a two-goal effort from Bayley Brunner. The Utah team defeated Heat FC 5-1 the next day with five players finding the back of the net for the visitors.

MVLA continued its strong debut campaign in the ECNL with a 1-0 win over San Juan Soccer Club on Saturday. Gianna Timoteo Trujillo scored the lone goal off an assist from Michelle Maemone.

Behind a goal from Baylor commit Delanie Davis, Dallas Sting defeated D’Feeters Soccer Club 1-0 and kept pace with Lonestar SC at the top of the Texas Conference standings. It was the first goal of the season for Davis, who is a defender.

In the SoCal Conference, Slammers FC crushed Eagles Soccer Club 4-0 behind two goals from Auburn commit Sammy Solaru and a goal and an assist from USC Kayla Mills. Slammers and San Diego Surf are tied at the top of the standings with identical 4-0-1 records heading into November.

Arizona club SC Del Sol took care of work against two Colorado clubs over the weekend and held onto the top spot in the Mountain West Conference. SC Del Sol defeated Colorado Rush 2-0 on Saturday and then toppled Real Colorado 6-1 on Sunday. Jazmarie Mader scored three goals in the two games to lead the attack.

South Carolina commit Sophie Groff scored both goals for Dallas Texans on Sunday in a 2-0 win over Lonestar SC. Texans remain perfect on the season with an 8-0-0 record and only six goals conceded.

In the Mountain West Conference, SC Del Sol beat Colorado Rush 2-1 on Saturday thanks to goals from Justene Kesterson and Sydney Michaela Dooley. Rush, apparently taking out its frustration, bounced back on Sunday with a 17-0 rout of Sereno Soccer Club.