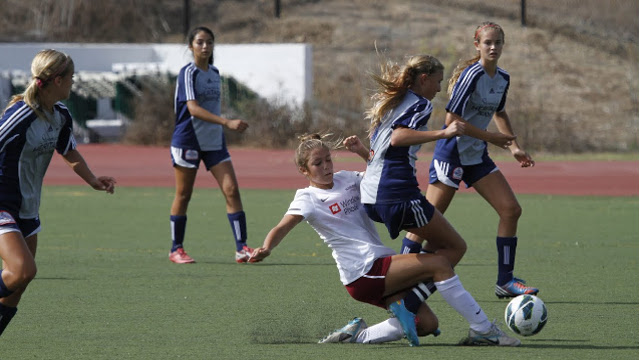 With no showcase events this weekend, the action returned to conference games over the weekend. Take a look at how some of the games played out across the land.

Surf’s Brazilian starlet Catarina Macario scored a hat trick on Saturday in a 5-1 win over Slammers FC. Macario has 10 goals and two assists in four games this season. Surf, while perfect on the year, is second in the SoCal Conference based on goal differential.

West Coast FC, the top team in the conference, has a high volume scorer of its own in forward Sophia Serafin. The 13-year-old eighth grader has 11 goals and two assists in six games for Doug Swanson’s side. 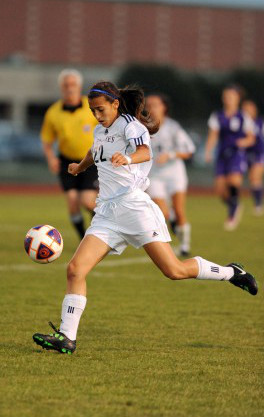 In Texas, Solar-Chelsea Soccer Club beat up on AHFC on Saturday to the tune of 8-1. Forward Mary Moore added an assist to her hat trick for the Dallas club. After starting the year with a pair of draws, Solar has won its last four games.

FC Virginia, the second place team in the Midatlantic Conference, topped Richmond Strikers 6-0 on Saturday. Gabriella Gordon notched three goals in the game to push her season tally to four on the year.

Katie MacGinnitie scored three goals and had one assist to help Concorde Fire to two wins over the weekend against Orlando City YS and VSI West FL Flames. MacGinnitie had the lone goal in the 1-0 win against VSI on Sunday, as the Atlanta club moved to 7-1-0 on the season and sits atop the Southeast Conference.

Leah Tyson scored her first goal of the season to help Virginia Rush play to a 1-1 draw with McLean Youth Soccer on Saturday. The Rush club remains in second in the Midatlantic Conference after the weekend. FC Virginia returned the top spot after a 6-0 win over Richmond Strikers on Saturday.

Junique Rodriguez scored her first goal of the season in a 1-0 win for AHFC over TSC Hurricane on Sunday. The Houston club remains in the third spot in the Texas Conference behind Dallas Sting and Dallas Texans.

MVLA continued its perfect record in conference play on Saturday with a 3-2 win over Pleasanton Rage. U.S. U15 Girls National Team defender Tegan McGrady had a goal and an assist in the victory.

FC Virginia held onto its top spot in the Midatlantic Conference thanks to a two-goal effort from forward Makayla Lewis in a 2-1 win over Richmond Strikers.

Slammers FC registered a key win in the SoCal Conference on Saturday with a 2-1 victory over San Diego Surf. Claire Oates and MacKenzie Cerda scored for the visitors to move level on points with Surf at the top of the conference standings.

Penn State commit Elizabeth Ball scored her third goal of the season as Richmond Strikers beat FC Virginia 2-0 on Saturday. Kylie Hegemier netted the other goal, which kept the Strikers undefeated on the season.

In Northern California, Pleasanton Rage and MVLA played to a 0-0 draw on Saturday in a battle of the top two teams in the Northwest Conference. MVLA retains the top spot with the result.

CESA did not jump up the standings though because Concorde Fire also had a six-point weekend. Florida commit Savannah Jordan scored five goals in the two games to push her season tally to 17 goals in 11 games.

FC Virginia continued its dominant run of form in conference play with a 4-1 win over Richmond Strikers on Saturday. In three conference games, FC Virginia has scored 15 goals and only let in two.