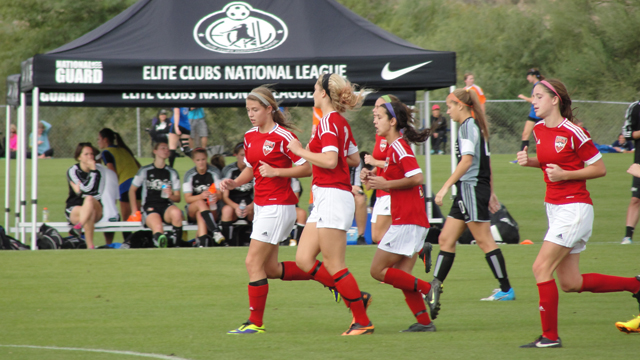 While there is a smattering of games on the docket for this weekend, the past weekend was the last go for many teams in the ECNL prior to the second national event of the season. With Orlando on the mind, this is how the teams fared during the second weekend of December. 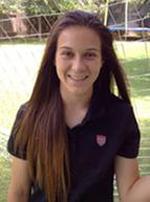 West Coast FC is trying to close ground on So Cal Blues in the Southwest Conference, but not finding much luck. So Cal Blues remained perfect on the season with wins over Las Vegas Premier and Heat FC over the weekend. West Coast FC also picked up wins against the same opponents. Gwyneth George and Mia Roth scored for West Coast in the 2-0 win over Heat FC on Saturday. Roth also added an assist on the day. West Coast cruised to a 4-1 win over Las Vegas Premier on Sunday.

Lonestar SC battled to a 1-1 draw with D’Feeters Soccer Club on Saturday in a crucial Texas Conference showdown. Lonestar remained in the top spot in the conference thanks to the draw and a 1-0 win over Dallas Sting on Sunday.

Lonestar SC also had a very positive week in the U15 age group. Lonestar picked up a 4-1 win against D’Feeters Soccer Club on Saturday, and then tallied a 3-1 victory over Dallas Sting on Sunday. Emily Strouphauer had two goals and an assist on Saturday for Lonestar. Quinn Murphy and Ariela Cantu also scored in the win. Strouphauer capped her great weekend with two more goals on Sunday. She has eight on the season. Ariana Owens scored the other goal against Sting.

Carolina Elite Soccer Academy enjoyed a six-point weekend with wins over GSA and Atlanta Fire. Misha Dimmick scored twice for CESA in the 3-0 win over GSA. Kathleen Colwick had a goal and an assist on the day.

Dallas Texans remained unbeaten on the season following a 1-0 win over FC Dallas on Saturday. Ashlyn Heckman was the difference, as she scored her fifth goal of the season.

Internationals SC continued its climb back up the Ohio Valley Division standings over the weekend with a 2-0 win over Virginia Rush Soccer Club on Saturday. Grace Bahr and Nichole Varady scored for Internationals with Emily Soltes notching an assist on the day. Goalkeeper Gabrielle Kouzelos logged the shutout in net. Internationals battled to a 2-2 draw on Sunday against Richmond Strikers to close out the weekend. Jessica Mitchell and Leah Tyson found the back of the net for the Strikers to pick up the point.

D’Feeters Soccer Club picked up six points over the weekend and moved into third place in the Texas Conference. D’Feeters beat Lonestar SC 1-0 on Saturday behind a goal from Natalie Newell. Ann Hawn provided the assist. Reilley Ott, the Michigan State verbal commit, logged the shutout in goal. Alexis Jordan was the hero for D’Feeters on Sunday, as she scored twice to lead the team to a 2-0 win over AHFC.

Ohio Elite Soccer Academy continued its perfect start to the season with a 2-0 win over NC Fusion and a 1-0 win over CASL over the weekend. Goalkeepers Samantha Leshnak and Olivia Silverman have yet to concede a goal this season. U.S. youth national team prospect Mary Vignola entered the weekend as the leading scorer for the team with three goals.

GSA remains perfect in conference play following wins against Carolina Elite Soccer Academy and Charlotte Soccer Academy over the weekend. Sh’nia Gordon, Ella Stevens, and Amanda Vocelka scored for GSA in the 3-1 win over CESA on Saturday. Halle Huff, Stevens, and Vocelka contributed with the assists. Sarah Dixon scored the lone goal for CESA off an assist from Ragan Hill.

Concorde Fire’s attack was put on ice this weekend, as the Southeast Conference leaders were held to a 0-0 draw against VSI West FL Flames on Saturday, and then defeated 1-0 on Sunday against Orlando City YS. Fire had previously only been held scoreless once this season – against Atlanta Fire on Sept. 7. Orlando City also picked up a win over Birmingham United over the weekend. Jessica Hamrick and Brittany Raymond scored for OCYS in the 2-1 win. Diana Griessler and Celina Pou contributed with the assists.