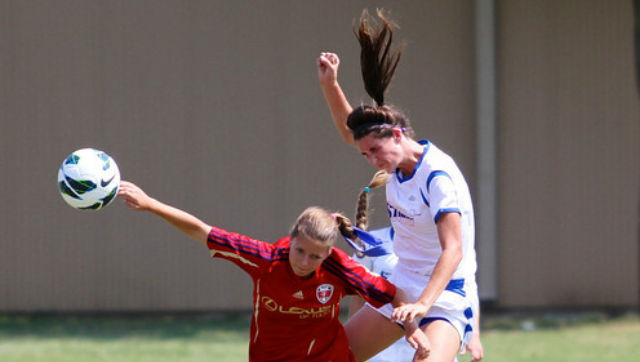 The offense came from Kenzie Applegate, Aubrey Lechilder and Addilan Wagner as TSC Hurricane narrowly edge Albion Hurricane FC 3-2 on Saturday. TSC fell in its other game of the weekend, losing 3-0 against Lonestar SC.

Emma Viquez accounted for the game’s only goal as Dallas Texans beat D’Feeters 1-0. 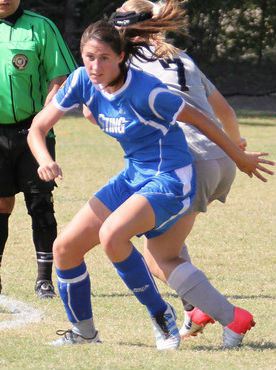 San Diego Surf picked up two wins from both of its games on the weekend. First, the Surf topped Slammers FC 2-1, with goals coming from Mia Fishel and Leyla McFarland. In Sunday’s other game, Sydney Sparks scored twice, while Brooke Wilson and Fishel also scored in a 4-0 win over Strikers FC.

The weekend yielded a pair of shutout victories for Lonestar SC. Defender Bryana Hunter accounted for the only goal of the game in a 1-0 win against FC Dallas, while Olufolasade Adamolekun and Jewell Ressegule scored in a 2-0 defeat of TSC Hurricane.

After opening the weekend with a 0-0 draw against Orlando City, Concorde Fire ended its swing to the Sunshine state with a 2-0 win against West Florida Flames. Nicoel Payne and Giselle Washington accounted for the goals in the Sunday victory.

Hosting a pair of tough matches on home turf, St. Louis Scott Gallagher Illinois collected a pair of 1-0 victories, first on Saturday against Minnesota Thunder Academy, and then on Sunday defeating Eclipse Select by the same score.

FC Virginia won the battle of local rivals, as Amy Thompson’s lone goal of the game was enough to see off the challenge from McLean Youth Soccer 1-0.

Reagan Shatto was the hero for Sporting Blue Valley, scoring the winner in a 1-0 win against Vardar in Kansas. Facing off against the same opponent on Sunday, Keelie Fothergill provided a pair of goals as Sporting also won 2-0 against Vardar.

Forward Caroline Conti scored twice and also assisted in Carolina Elite Soccer Academy’s 4-0 win against Atlanta Fire. Kathleen Colwick also scored twice in the win. CESA lost its other game of the weekend, falling 1-0 against GSA, as Danielle Moore provided the winning goal for the Georgia side.

Carina Baltrip-Reyes had a hand in all three Dallas Texans goals, scoring twice and adding an assist in a 3-0 win against D’Feeters. Adrienne Aimodova scored the third goal of the day.

Atlanta Fire United traveled to the Carolinas for a two-game swing, winning its opener 5-2. Keely Cartrett scored twice and had and assist, with goals also coming from Alyssa Beck, Stephanie Lee and Ambria Shutts. Sunday’s other game against Carolina Elite SA saw Taylor De Graaf’s goal canceled out by CESA’s Marian Wolski in a 1-1 draw.

Four players found the back of the net: Claire Gantzer, Rachel Palet, Sarah Slim and Alexis Thornton, as Solar Chelsea SC picked up a 4-0 win over the Dallas Sting.

Julia Phillips and Emily Fox each scored as FC Virginia narrowly beat McLean Youth Soccer 2-1. Breanna Mitchell found the back of the net for McLean in defeat.

Lonestar SC received a pair of four-goal performances on Saturday, as both McKenzie Oliver and Gabrielle Rodriguez scored four times in an 8-1 defeat of FC Dallas. Oliver also scored an assist in Sunday’s 2-2 draw with TSC Hurricane, as Marissa McMahand also found the back of the net for Lonestar.