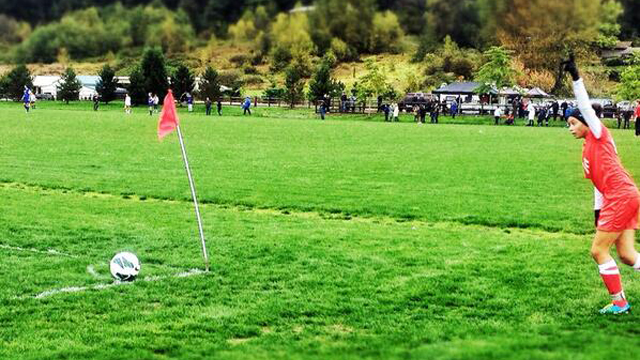 It was a busy weekend for ECNL with the first U14 Showcase of the season being held in Seattle over the weekend. Along with the youngest age group getting some attention, there were still games from all the other age groups as well during the last weekend of September. 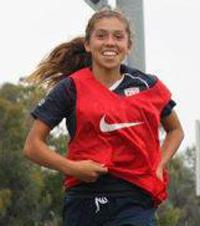 So Cal Blues SC, Real So Cal, and Strikers FC all survived the trip to Seattle with perfect records from the event. Blues did not concede a goal all weekend in wins over Pleasanton Rage, Santa Rosa United, and Washington Premier. Real So Cal used goals from Luisa Delgado Heinz and Hannah Sharts to get the weekend off to a good start with a 2-0 win over San Juan Soccer Club.

Mustang SC and Crossfire Premier represented for the Northwest Conference with perfect records over the weekend. Mustang beat Las Vegas Premier 1-0 on Saturday morning before a quick turn around with a 2-0 win over Heat FC in the afternoon. Mustang then ended the weekend with a 2-1 victory over West Coast FC on Sunday.

Crossfire topped San Diego Surf, Slammers FC, and Heat FC to earn its place in the perfect weekend table. The Seattle club is top of the Pacific Division at this early stage of the season.

Seattle was not the only place for U14 teams this weekend, as division games took place all across the country. Carmel United got the weekend off on a good start with a 4-0 win voer Maryland United on Saturday. Lucy Lyon scored twice and added an assist in the win. Hallie Pearson and Lauren Rossie also scored. Carmel could not complete the winning weekend though, and dropped a 3-1 result to Bethesda SC on Sunday. Katherine Soderstrom scored on Sunday in the loss for Carmel.

Carolina Elite Soccer Academy improved to 5-1 on the season following wins over GSA and Atlanta Fire. Samantha Britt and Caroline Conti scored in the 2-0 win over GSA. Kathleen Colwick provided the lone assist.

GSA rebounded on Sunday in thrilling fashion with a 2-1 win over Charlotte Soccer Academy. Amanda Baker scored two goals in the second half off of assists from Danielle Moore and Itohan Nosegbe. Goalkeeper Kylie Kersh blocked a penalty kick in the final minute to secure the victory.

Lonestar SC went undefeated this weekend with a win over FC Dallas on Saturday and a 1-1 draw with TSC Hurricane on Sunday. Ariana Owens scored the lone goal on Saturday thanks to an assist from Kelli Millburn.

San Diego Surf opened the season with a pair of victories out in Arizona. Surf topped SC Del Sol 5-0 on Saturday behind goals from Yasmin Ahooja, Tatia Dumbadse, Ana Gil, and Taylor Hansen. Dumbadse scored twice in the win. Jordyn DiCintio and Ahooja contributed with assists as well. Surf finished off the trip with a 2-0 win over Sereno Soccer Club. Arlie Jones and Taylor Kornieck scored the goals with Gil and Jones dishing the assists.

Mustang SC notched a 1-0 win over De Anza Force on Saturday in a battle between two of the top teams from the NorCal Division. Lily Tran scored the lone goal and Miranda Jimenez added the assist in the shutout victory for the division leading side.

D’Feeters Soccer Club beat Texas Rush and Challenge SC to move into second place in the Texas Conference. D’Feeters topped Rush 2-1 thanks to goals from Natalie Newell and Madison Timmons. Cayla Payne had the assist. Grace Piper scored the lone goal for Texas Rush. Alexis Jordan scored twice and added two assists to contribute to all four goals in the win over Challenge SC. Christine Modrall and Timmons also scored. Ann Hawn and Timmons dished out the assists on Jordan’s goals.

Concorde Fire kept its undefeated record to start the season alive with a 3-0 win over Birmingham United on Sunday. Fire is 3-0-2 on the season and sits in first place in the Southeast Conference.

So Cal Blues and West Coast FC have ripped through the competition to start the season. Both teams have 3-0-0 records and neither has let in a goal yet. Blues beat Las Vegas Premier 3-0 on Saturday and then defeated Heat FC 4-0 on Sunday. Erika Okuma, Jocelyn Orejel, and Katie Pingel scored for Blues in the 3-0 win. Victoria Buda, Marissa Everett, and Sarah Roberts provided the assists. Anika Rodriguez, Nikole Rosen, Pingel, and Okuma scored in the victory on Sunday. Elliana Graham, Okuma, and Pingel had the assists.

AHFC battled to two hard fought draws against TSC Hurricane and FC Dallas. Both games ended with a 2-2 scored. Mary Heiberger and Christiana Sullivan scored the goals for AHFC on Saturday. Sarah Gifford and Kristen Hutar had the assists. Katherine Byrne and Sullivan scored on Sunday for AHFC. Chinelo Odobulu and Heiberger dished out the assists.

Michigan Hawks rolled to a 7-0 win over rival Vardar on Sunday. Morgan McKerchie and Arlyn Reed both scored twice for the Hawks in the shutout victory. Ashton Miller, Michelle Manning, and Alexandra Lowes also found the back of the net.