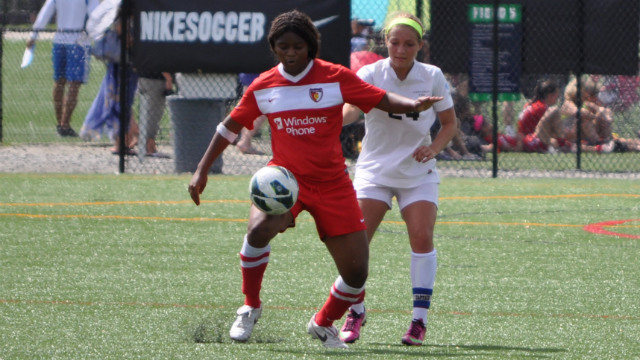 Some winter weather along the Eastern seaboard forced some cancellations for squads to deal with, but there was still action of note in the ECNL over the past weekend. 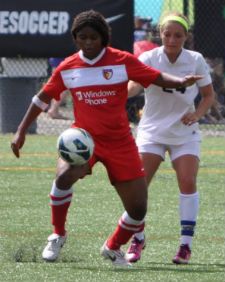 Behind goals from Analyse Abrams-Malone and Anna Schrader, Dallas Sting beat TSC Hurricane 2-0 on Sunday. Tabitha Bishop and Rachel Wasserman each had an assist for the Sting as well.

Katelyn Termini and Taryn Torres provided the scoring for Solar Chelsea SC, in its 2-0 defeat of intercity rival Dallas Texans. Solar maintained its top spot in the Texas Conference with the win.

In the Scott Gallagher club duel between the Missouri and Metro squads, neither side managed to find the back of the net as these two sides drew 0-0.

Two goals for TSC Hurricane led the Oklahoma club to a 2-0 defeat over Dallas Sting. Also down in Texas, FC Dallas and Challenge SC shared the points, drawing 1-1.

Midfielder Hope Hyde grabbed the only goal of the game for the Dallas Texans, but it turned out to be enough – they secured a 1-0 win and the full points in a defeat of Solar Chelsea.

Challenge SC secured an upset of sorts against FC Dallas, which current sits on top of the Texas Division, beating FCD 1-0.

VSI West Florida put five past Orlando City YS, securing a 5-0 win and climbing the table in the Southeast Conference.

U.S. youth national team forward Madison Haley was on the double for the Dallas Texans, guiding them to a 4-0 win against Solar Chelsea. Midfielder Emily Bates scored once and added two helpers in the win, while Sarah King and Ashley Smith also chipped in assists for the Texans.

VSI West Florida Flames, second place in the Southeast Conference, wrapped its conference schedule with a 3-0 win against Orlando City YS. The Flames can solidify playoff chances with a strong showing at next weekend’s ECNL Showcase in Frisco.

It was a win for Dallas Sting over TSC Hurricane at this age group, as the Dallas club won 2-0. Also in Texas, FC Dallas and Challenge SC played to a 0-0 draw.

Orlando City won the battle of Florida, holding off VSI West Florida Flames in a 2-1 win. Karli Gutsche provided the consolation tally for the Flames in the defeat.

It was a similarly close game in the matchup between TSC Hurricane and the Dallas Sting, as the Oklahoman side edge the Sting 2-1.

Neither side managed to score in the all-Dallas meeting as the Texans and Solar Chelsea matchup failed to produce a goal at this age group.