ECNL Recap: Winding down to playoffs 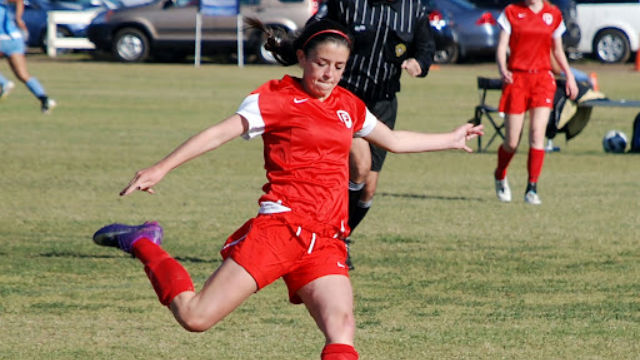 Two goals – both set up by Hannah Sadler – from Lillian Babalola, secured three points for Gwinnett Soccer Association in a 2-0 defeat of Birmingham United. 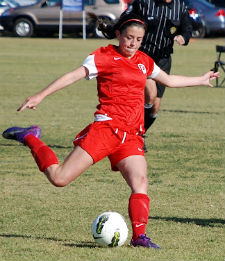 Georgia Nagucki scored the game winning – and only – goal of a 1-0 win for Internationals SC against Ohio Elite Soccer Academy. Internationals rounded out the weekend with a 1-1 draw with CASL on Sunday.

It was a wild encounter on Saturday as West Coast FC drew 3-3 with San Diego Surf. Allison Cook, Cristine Kalinski and Mia Roth all tallied for West Coast, while Madison Mercado, Monica Navarro and Brooke Wilson supplied the offensive output for the Surf. Wilson scored in San Diego’s other match of the weekend, a 1-0 defeat of So Cal Blues.

A goal apiece from Jessica Braun and Kori Locksley provided the needed offense as Maryland United FC beat Carmel United 2-0. Locksley scored two on Sunday as well, as Maryland made it two wins from two against Ohio Elite Soccer Academy.

Gabrielle Brummett scored once and Mackenzie Viachos nabbed a brace in FC Stars of Massachusetts’ 3-1 defeat of Albertson Fury. In its other game of the weekend, FC Stars topped East Meadow SC 6-0.

Ashley Sanchez scored a hat trick and provided a helper as So Cal Blues beat Slammers FC 5-1. Isabella Bellinghausen and Jada Talley also scored in the win. Talley scored the game’s only goal on Sunday, a 1-0 defeat of a very talented San Diego Surf side.

Karisma Carmichael and Jordyn Geller both scored to secure a point for Real So Cal against Las Vegas Premier SA.

Two Makenna Gandara goals paved the way for Real So Cal’s 3-1 win against Las Vegas Premier. Julia Pedati also scored for So Cal in the win. On Sunday, Pedati scored a hat trick as Real So Cal topped Heat FC 5-0.

Two games over the weekend for FC Bucks resulted in a pair of 1-0 wins for the PA club. Julia Panko nabbed the lone goal in a Saturday defeat of Match Fit Academy, while on Sunday the club secured a win by the same score against Continental FC Delco.

Slammers FC dialed up the offensive output over the weekend, as an attacking surge led them to a pair of wins. First, Carly Malatskey scored twice and Danielle Thomas scored in a 3-2 victory against So Cal Blues, canceling out goals from Lauren Miller and Hannah Stammer. Four different players found the net on Sunday as well, in a 4-0 win for Slammers against West Coast FC.

Two goals from Haley Adams, Amanda Lane and Natalie Stephens provided plenty of offense as Sereno SC beat So Cal side Arsenal FC 7-1. Allison Raniere and Shelby Roberts assisted on three and two goals each respectively. Sunday’s encounter with Strikers FC saw Stephens score twice and Lane once in a 3-1 victory for the Arizona side.

A pair of tallies from Hailey Hite helped West Coast FC to a 3-0 victory against the San Diego Surf, while Christina Settles rounded out the scoring. Sunday’s action was a real close one, topping Slammers 3-2.

Pennsylvania club side Continental FC Delco blanked a pair of opponents, beating Penn Fusion 2-0 on Saturday and following that up with a 3-0 win against FC Bucks on Sunday.

Alexandra Bruder bagged a hat trick and Rebecca Harrison scored a brace as Real So Cal won 5-0 against Las Vegas Premier. On Sunday, Noel Askins and Brittney McKinney provided all of the goals as they topped Heat FC 3-0.

Speaking of hat tricks, Kyra Carusa scored a treble for the San Diego Surf, as the SoCal side topped West Coast FC 5-2. Pilar Torres and Waraporn Wangmuanklang also tallied. Caursa scored the lone goal in the Surf’s other game of the weekend, a 1-0 victory against the So Cal Blues.