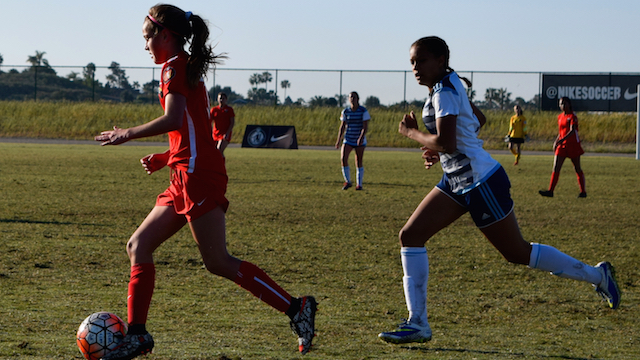 The future of the U.S. Women’s National Team is more than likely playing in the youngest age groups of the ECNL, the top girls club soccer league in the U.S. In the U14 and U15 age groups, it’s easy to spot some of the players that have that different level of thinking and playing.

Last week in Southern California, some of the best players and teams from the youngest age groups in the ECNL competed in front of a number of college and youth national team scouts.

TopDrawerSoccer was on hand for the action. Here is the Best XI from the U14 and U15 age groups from the 2016 ECNL National Event in San Diego.