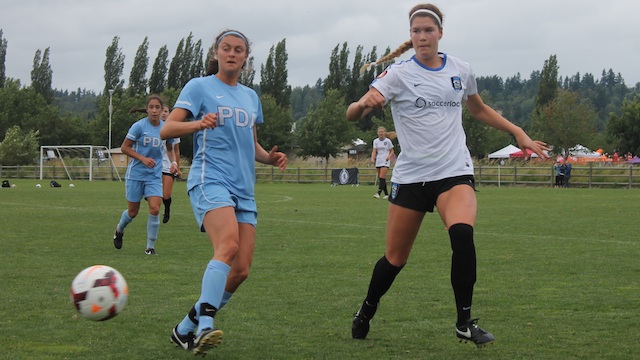 The ECNL Seattle event wrapped up on Sunday, bringing together a host of the nation’s top girls talent from across the nation. For the U14 and U18 age groups it represented the national finals, and the Michigan Hawks U14 and PDA U18 teams wrapped up successful weeks with hardware.