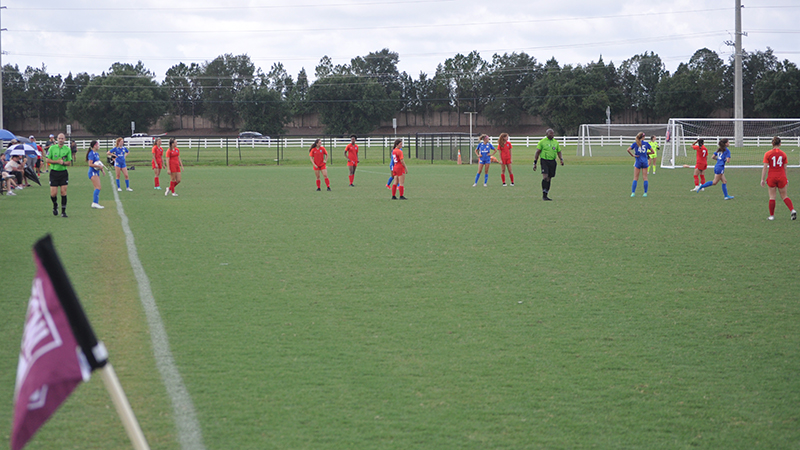 Nearly 200 teams are heading to the Nashville suburbs this weekend for the next Girls ECNL National Event in Murfreesboro. Under-16 through Under-19 squads are set to compete in front of scouts and college coaches. Friday night will also feature another round of national selection games for U19 and U17 teams.

Preview some of the top teams from each of the age groups below.

While Midwest and East Coast teams primarily make up the bulk of the traveling sides, there are a handful making longer trips. One of them happens to be Legends FC, which is sending all three squads. At this age group, they have a record of 10-0-1, scoring 37 goals and conceding just 10.

Other teams making the trip include a very good Concorde Fire Platinum side, which has a 15-1-1 record – Southeast teams have, on the most part, played more games than some of their other counterparts from around the country.

Virginia Development Academy is first up for Platinum on Friday, as the Virginia side puts a solid 8-1-1 record on the line in their first National Event. It’s a tough slate, as they’ll also face Internationals SC and Challenge SC.

One of the top games to watch for on Friday is FC Dallas against Colorado Rapids. Both teams are off to strong starts, with the former trying to keep pace with Solar SC’s impressive team at this age group. The Rapids have a 9-0-1 record in 10 games so far, and are heading back to play games for the first time since the National Event in Arizona.

Real Colorado National is the top team in the Champions League standings traveling (of teams that have played at least 10 games, it should be noted). The vaunted youth side has yet to lose a game in 10 played so far. The Colorado side opens against FC Stars Blue on Friday.

Another one of top teams from a win-loss perspective making the journey is KC Athletics. With a 10-1 record, and 47 goals scores in those 11 games, it’s the first National Event for the Midwest side. Among the games on the schedule for KC include an opening game against a talented Tampa Bay United side.

Yet to lose in 12 games this season, with a 9-0-3 record, Charlotte SA makes its first National Event appearance at this age group. A variety of opponents are on the schedule, including WNY Flash, Northwest Elite FC and Tampa Bay United.

A string of draws suppresses GSA’s status in the Champions League standings, but the fearsome Atlanta outfit is always a difficult team to contend with. Sunday’s final game against Mustang SC will be an intriguing one between two teams on opposite corners of the country.

It’s a bit of a smaller group of teams from the oldest age group traveling to Tennessee. United Futbol Academy is one of the top teams going, as the Georgia outfit has an impressive 18-1-1 record. They open with “host” side Tennessee SC, before matching up against DKSC and San Juan SC.

Charlotte SA is also making the trip west to Middle Tennessee, with just one loss in 12 games so far this season. Games against DKSC, PDA Blue and Solar SC are on the schedule.

That Solar squad is one of the best traveling at the U19 age group. With a 12-0-2 record, the likes of Sydney Becerra, Treasure Byars, Truth Byars, Zoe Calyer and Tyler Isgrig will lead a team that knows how to find the back of the net. Along with the game against Charlotte, matchups with PDA Blue and Tennessee SC are on the schedule.

The weekend slate of games marks the start of the season for PDA Blue, as high school soccer dominated the schedule in the fall. Ohio Elite SA, another team on PDA’s schedule, has played just one game so far.