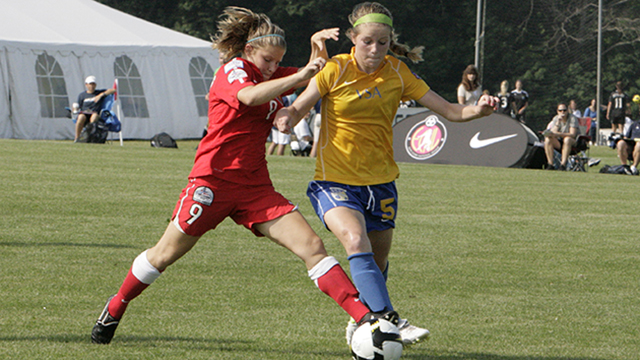 The amount of travel in elite youth soccer continues to soar with the rise of nationwide leagues.

For some teams in the Elite Club National League, girls club soccer’s most well-known league, even home games are being played on the road.

This weekend, So Cal Blues host the two Washington State clubs in the U15, U16, U17, and U18 age groups. The abnormal issue is the games are being played well north of Southern California.

So Cal Blues is traveling up the coast to face Washington Premier and Crossfire Premier at San Jose State. To help with travel costs and balancing the schedule, the Blues are the travel partner for Northern California club De Anza Force this weekend.

Elsewhere, West Coast FC is headed to Utah to play two clubs from Nevada. The funny nature of club travel makes the Beehive State the host for a few clubs this weekend. 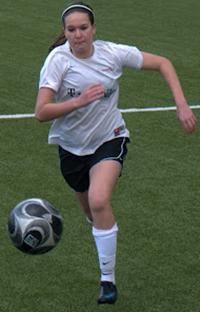 The top two teams in Texas meet for the second time this season as FC Dallas hosts Dallas Sting on Sunday. The teams settled for a 2-2 draw earlier this year. Haley Berg and Lakyn Pope scored for FC Dallas. Jordan Harr and Kayla McKeon found the back of the net for the Sting.

Berg has enjoyed a stellar debut season in the ECNL with 10 goals and 7 assists. Harr has been equally as impressive for Sting with 14 goals in 13 games.

Maggie Wadsworth and Shayna Passantino have led the way for Charlotte this year combining for 19 goals in 14 games. CSA is 12-1-1 on the year with only two fixtures remaining.

In the SoCal Conference, San Diego Surf hosts Arsenal FC on Sunday in a showdown between the top two teams. A win for Arsenal would push the Temecula club past the Surf to the top of the table. Surf won the first meeting this year 1-0 behind a goal from Brittany Nguyen.

The Dallas Texans get a shot at revenge on Sunday when they face the Dallas Sting. The two teams last met in March when Sting trounced the Texans 4-0. Kaycie Tillman and Gwenyth Puente led the way with a goal and an assist each in the victory.

West Coast FC and its 12-game winning streak hit the road to take on Las Vegas Premier SC and Heat FC in Utah over the weekend. Christina Settles leads the team in scoring with nine goals and six assists in 16 games.

Ohio Elite Soccer Academy hosts old rival Carmel United on Sunday in a showdown of former Midwest Conference foes. Both teams are firmly in the hunt for a playoff spot in Flight A too.

With Slammers taking the weekend off, So Cal Blues have a chance to close the gap on the conference and national leaders. Blues face Crossfire Premier on Sunday in a matchup of teams in the hunt for a Flight A playoff spot. Nicole Faris leads the way for the Blues with eight goals and two assists on the season.

On the opposite coast, PDA takes on World Class FC and Bethesda SC over the weekend. A win in the game on Sunday for PDA would push its PPG to 2.00 in National Flight A Standings.

Bethesda’s tandem of Eliza Doll and Antonia Urovsky are looking to put the kibosh on that idea though. Doll and Urovsky have combined to score 10 goals this season for the Maryland club.

Flight B National leaders FC Delco are also in action this weekend with a pair of games against Connecticut FC and SoccerPlus Connecticut. Kayla Smith, Alexandra Kate McKinley, and Tayler Jamison have helped the Pennsylvania club to an undefeated record in conference play.

The powerhouse clubs of Dallas, Texans and Sting, meet in the U17 age group on Sunday for the top spot in the conference. Sting trails Texans by a mere point after 10 games in the conference. A win for Sting would also push it past the Texans in the national standings as well.

The Texans will be counting on Jasmine Hart to make sure that does not happen. Hart has scored 14 goals and contributed six assists in 14 games this season. Sting’s balanced attack is headlined by Caitlyn Heap’s seven goals in 12 games.

Sting won the last meeting 2-1 behind goals from Katie Martin and Kendall McKnight. Sophie Groff scored for the Texans.

Washington Premier, the fourth place team in Flight B standings, travels down to Northern California for a pair of games. Sunday’s clash against De Anza Force is especially important, as Premier tries to close the gap on the top three teams in Flight B.

Arsenal FC takes on Real So Cal and San Diego Surf, as the teams at the top of the SoCal Conference jockey for position in the twilight of the season. Arsenal holds the advantage in the second spot, but a loss in either game would open the door to a challenger.

After scoring 10 goals in the last two games, FC Stars of Massachusetts’ high-octane attack does not look like it is going to be slowing down anytime soon. The Stars take on FC Bucks and Penn Fusion this weekend in out of conference fixtures.