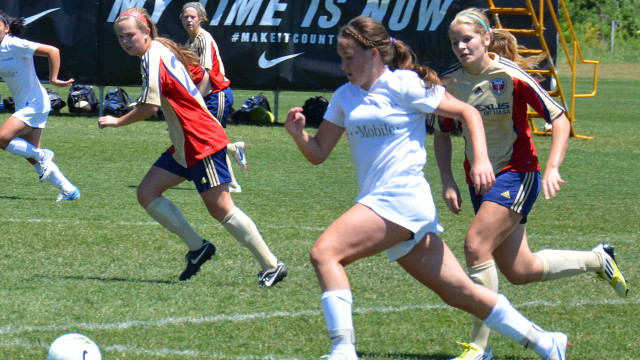 Labor Day Weekend offered a brief glimpse at the return of the Elite Clubs National League, as the brief summer layoff came to a close with a handful of games in action spread throughout the country.

Now is the time, as more teams head into action, for teams to start building on what will be a very long and difficult journey, as players look to standout across the country.

Here’s a look at some of the more enticing matchups:

An in-state matchup kicks off the season for the Virginia Rush U14s, as they’ll host the Richmond Strikers on Saturday as the two teams both begin the 2012-13 ECNL campaign. 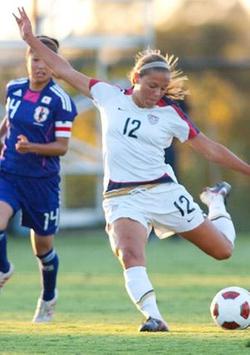 Also squaring off in the Commonwealth are nearby McLean Youth Soccer and FC Virginia.

Last year’s runner up in the U14 age group’s Top 16, the San Diego Surf begin the season with a trip to play West Coast FC.

After winning the national title in the U15 age group this past summer, the Colorado Rush are in the small group of teams to already start the season. After a strong opening weekend, the Rush takes on Real Colorado looking to maintain its good form. Forward Ariel Modisette was particularly dangerous last week with 3 goals in the team’s first two games.

Real Colorado boasts Mallory Pugh, the top rated girl in the class of 2016, who equaled Bezdek’s goal total from the opening weekend.

While it’s still early days here, some teams are even pulling double duty over the first weekend. D’Feeters welcomes Albion Hurricanes FC to town, as well as TSC Hurricane, while those latter two will also take on the Dallas Texans.

Forward Kayla McCoy gets a chance to back up her No. 1 ranking in the class of 2015 as her Eclipse Soccer Club side begins play with the visit of an always tough Vardar side. The Michigan club is sure to be no pushover.

To open its season, the Atlanta Fire is hitting the road to North Carolina, with games against CASL Chelsea Ladies and Charlotte Soccer Academy. While this is mostly a new group of players, the Fire enjoyed a very strong season at the U16 level last season.

Things in Texas heat up from day one in the ECNL, as Lonestar SC is among one of the teams starting off the season against Solar Chelsea SC. Mikaela Harvey is likely to be one of the fixtures on the Lonestar team throughout the year.

Heat FC opened things up with a pair of ties and a win over Labor Day Weekend – and although midfielder stud Lauren Kaskie is likely to be away with U17 WNT duty on the horizon, they’ll look to get the better of Las Vegas Premier when the two meet on Saturday.

The season started off in sluggish fashion for a pair of Las Vegas based teams, as both Heat FC and Las Vegas Premier were beaten handily over last weekend. And the two teams get the chance to erase those memories when they play each other this week.

One of the teams to win handily last weekend was the Colorado Rush, who head back into action against close rivals Real Colorado. The Rush U18s boast a couple of U17 WNT players in Morgan Stanton and Gabrielle Miranda. That’s not to mention Danica Evans, who scored 8 goals over Labor Day Weekend in two games.