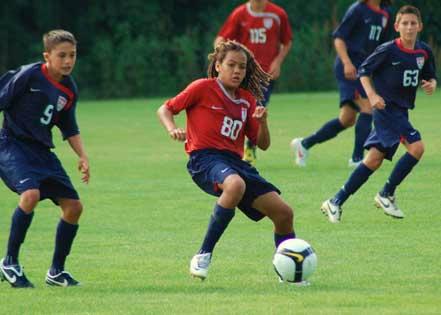 The U.S. U15 Boy’s National Team has convened in Bradenton, Fla., for the start of a 10-day training camp under head coach Jim Barlow. The camp will be held alongside the U.S. U17 Men’s National Team training, as all but one of the 36 players were born in 1995 (the lone exception being Emerson Hyndman, born in 1996) and are eligible to play in the 2011 FIFA U-17 World Cup. 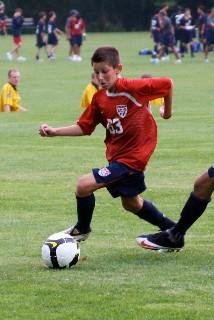 Emerson Hyndman
There are 15 players who participate in U.S. Soccer’s Development Academy, playing against players as much as two to three years older than they are, as the U15/16 consists of players born on or after Jan. 1, 1993. Six more players are part of Academy clubs, but do not yet play in the Academy.

The U15 BNT will train twice per day at the IMG Academies, scrimmaging the U17 MNT late in the week.

The week will consist of training and competitive games against U17 National Residency Teams, IMG Soccer Academy Residency Teams, Clearwater Charges, FC Sarasota and RSL Tampa. The boys will be staying on campus at IMG Academies and benefit from the residency facilities that just hosted MLS teams such as New York Red Bulls, Columbus Crew, Toronto F.C and D.C. United for preseason training.

The players will take training sessions, classroom sessions and competitive games through the week as the coaching staff conduct the training camp.

Roster by Position:  (Courtesy, US Soccer)