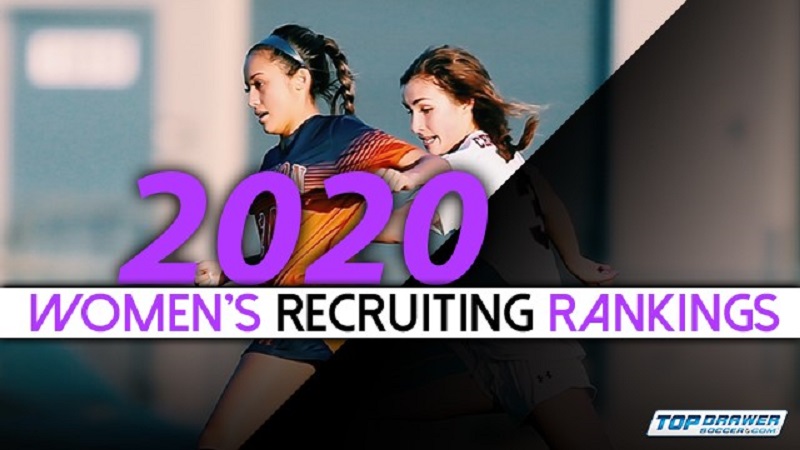 The final 2020 Top 50 Division I women’s recruiting rankings programs are out, even with no NCAA championship slated for this fall.

While a fall season won’t take place as usual, the rankings factor into account previous announcements and have combed through 2020 rosters to ensure that signed players are at least on teh roster. There may be a deviation or two, depending on what the NCAA rules, and if players elect to pursue alternative options.

However, at the end of the day, 2020 graduates are going to be part of their respective teams for the most part, and that's what these rankings are based off.

Shaped heavily by the final edition of the IMG Academy player rankings, below are the latest updated rankings for Women’s DI soccer. Looking at the Top 50 programs, the rankings are compiled based off reported or announced commitments, transfers and international additions.

Ashley Sanchez left with a year of eligibility left and Jessie Fleming now plays for Chelsea in the Women’s Super League. But the Bruins reload with the top-ranked recruiting class, featuring 10 players ranked in the Top 200.

The Cavaliers lost some top-notch quality from last year’s group, adding importance to this just-announced group. Sarah Clark’s transfer from Purdue could be particularly critical with three of the graduates starting defenders.

Ruby Grant’s name is no longer on the North Carolina roster, with her moving to West Ham United from Arsenal. That could mean she’s delaying enrollment until 2021, as she could play in the Women’s Super League and still maintain eligibility. Regardless, there’s no movement from UNC’s very impressive recruiting class even without Grant in the mix.

Reinforcements arrive for the Blue Devils in the form of a top defensive player in Royson, while Watkins could add a dynamic edge to the Duke attack as a freshman.

It’s a shame that the Ivy League season won’t take place this fall, considering the group that the Crimson had lined up. There’s still hope for the spring, of course.