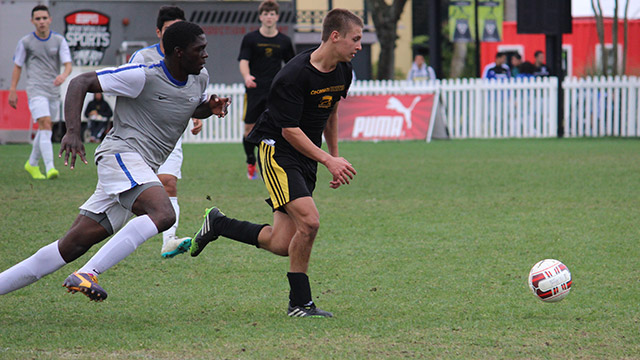 Here some of the recaps from Monday’s matches:

Goalkeeper leads the way for Boca United in penalty shootout

After conceding a goal in the first 10 minutes of the match, Boca United SC rallied back along with tremendous goalkeeping from Patrick Harding, as they went on to defeat Gwinnett SA U7 Phoenix Premier, 2-1, after finishing the match in a penalty shootout.

“It’s fair to say that Patrick put a man-of-the-match performance. He was spectacular whenever we were put on the edge,” Boca head coach Jason Sardis told TopDrawerSoccer.com. “I think after we conceded that first goal early on, it gave us the momentum to fight back.”

Midfielder Alfredo Rivera put GSA on the scoresheet in the 10th minute after his free-kick from outside the box deflected off the cross bar and into the net for the early lead. Battle of possession continued as Boca looked to equalize moments later when forward Joe Efford’s shot from close range went wide of the post.

“I thought that goal from Gwinnett was so-so, but the way we responded showed our team had character to fight back,” added Sardis.

Boca United did, however, find the equalizer in the 26th minute when a Tomer Bitton strike from a counter attack beat the goalkeeper.

After a scoreless second half, Boca’s goalkeeper Patrick Harding had a few crucial saves to keep his team in the game, Harding lead his team in a penalty shootout after making two saves, one of which was the game winner.

After lifting the National League title on Sunday, Cincinnati United Premier ended finished their time in the Disney Soccer Showcase after defeating Florida Rush U18, 1-0, thanks to Jack Clark’s 11th minute strike.

“We won our trophy on Sunday, and today was more of a day to have fun and finish this tournament on a good note,” Bobby Puppione, head coach of Cincinnati, told TopDrawerSoccer.com. “It was a great tournament, and to finish on winning a championship is always a good indicator that things are being done right.”

Clark’s goal came after scoring a brace the day before, totaling his goal tally to three goals in two matches.

It was sweet revenge for 96 Arlington Strikers Red.

After meeting Arsenal BU17 in last year’s regional tournament, which resulted into Arsenal taking a narrow 1-0 victory, Arlington Strikers responded back by clinching a 2-1 victory on Monday afternoon.

"It was a similar game against Arsenal. Last time we had a penalty kick and missed, but this time we got lucky,” Arlington head coach Mo Tayari told TopDrawerSoccer.com. “I think the guys deserved it, and we’ve been working hard for this game.”

Kevin Hwang’s penalty kick in the 84th minute secured 96 Arlington a 2-1 victory after Arsenal’s Harrison Weilbacher leveled the match in the 77th minute.

Midfielder Eryk Williamson put the Strikers on the scoreboard in the 56th minute after the ball squeezed through a wall of defenders, beating out the goalkeeper and slotting the ball into the net. With the 1-0 lead in favor of Arlington, Arsenal looked to inspire a comeback after Weilbacher’s volley from outside the box drilled past Arlington goalkeeper William Stinger to level the match.