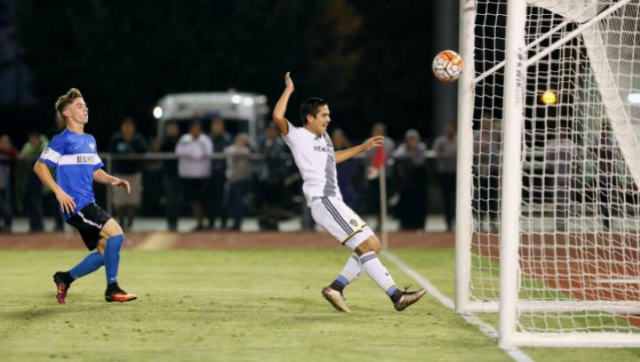 The U16 Development Academy playoff field was reduced to a final quartet of teams in the wake of Wednesday night’s quarterfinal round.

With scores between the Chicago Fire and Weston FC deadlocked after 80 minutes, the Fire attacked sparked to life in extra time.

Andrew Akindele scored just a minute into the extra period to give the visitors a 1-0 lead. Three minutes later, Carlos Cepeda doubled the advantage to give Chicago control. Vitalis Takawira iced the game in stoppage time to make it 3-0, as the Fire advanced to the next round.

It was a dream start for FC Dallas, which jumped out to a quick lead on Real Salt Lake, as Jesus Ferreira Castro scored just two minutes into the game.

One of the top scorers in U16 action this season, Ferreira’s added two more to his goal haul in the 53rd and 58th minutes, extending the lead to 3-0.

Aristotle Zarris provided a glimmer of hope with a 74th minute finish, though there wasn’t enough time left as FCD held on for the 3-1 victory.

GOOOALLLLL FCD! FERREIRA in the 53rd minute!! What a celebration! FCD U-16 leads 2-0! #DTID pic.twitter.com/LHj3DVtqOu

On the final day of play at the Dev. Academy Playoffs, Real Colorado needed at least a draw to progress. Securing a shutout on that day, the Colorado side was always going to be hard for FC Golden State to breakdown in the quarterfinals.

The California club couldn’t find the back of the net over 80 minutes, and Real Colorado’s leading scorer Rhys De Sota’s 11th minute goal was enough to secure a 1-0 victory and clinch their spot in the semifinals.

One of the highest scorer U16 teams in the country needed just a single goal to win a matchup of two top California club sides.

LA Galaxy’s Jonathan Estrada broke the deadlock in the 66th minute against Real So Cal, and the defenses secured the victory with the Galaxy II’s Eric Lopez in goal for the hosts.