First Pennsylvania Team of The Month Introducing the Players To Watch June Team of the Month for the Pennsylvania region.

Remember, this feature is to honor top performers in their region across the span of age groups. There will be a boys’ list and a girls’ list, and a new region will be covered every weekday, Tuesday through Friday of each month. We reach out across the region to try and learn about top performers and performances. You can also submit nominations at teamofthemonth@topdrawersoccer.com

Keegan Rosenberry, Penn Fusion U17, Ronks, Pennsylvania, Midfielder:  His strong play and vision from the midfield are a big factor in his team’s success.

Danny Sheppard, Montgmery United U16, Midfielder:  Scored at least once in ever EPA State Cup match as Montgomery took home the title. 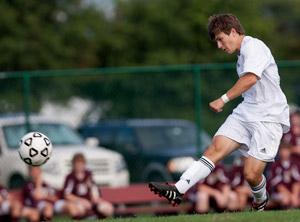 Chad Craig, Penn Fusion U17, Gilbertsville, Pennsylvania, Forward: Banging in goals, often in picturesque fashion, for his team this season as they won the EPA State Cup and Region I Premier League.

Melvin Snoh, Penn Fusion U17, Coatesville, Pennsylvania, Midfielder: This multi-talented player has recovered from an injury and is again one of the true 1v1 threats in the country, also playing for the Philadelphia Union’s MLS youth team. He is being recruited by a number of DI heavyweight programs.

Mike Manta, Penn Fusion U17, Defender: Mike is a key organizer in the back line and helped lead his team to a title run at the Potomac Memorial Day Tournament, including three shutouts in group stage play.

Jon Kumher, PA Classics U18 Academy, Lancaster, Pennsylvania, Defender: The Bowling Green recruit has recovered from an ankle injury and his solid play helped his team qualify for the USSF DA playoffs with a strong stretch run.

Malea Fabean, Beadling United U15, Donora, PA, Forward: Socred 16 goals this past season and 8 goals in the team’s championship-winning run in the PAW State Cup. 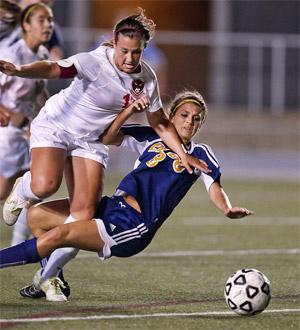 Kelly Pizzingrilli, Hershey YSA U18, Midfielder: Kelly scored the winning goal as her Cumberland Valley High School team won the state championship. The goal rounded off a standout season of 38 goals and 16 assists for the George Mason recruit.

Moira Petrie, FC DELCO Lightning U16, Midfielder: Scored twice and had an assist during a trio of wins at the team’s recent trip to the PDA Memorial Day Showcase as part of the ECNL schedule.

Elke Cacchione, FC Revolution U13, Forward: Scored twice in the final as her team won the EPA U13 State Cup crown.

Kayla Cunningham, FC DELCO Lightning U16, Whitehall, Pennsylvania, Midfielder: Had an assist and a goal as her team finished the regular season atop the B flight of the ECNL.

Cecelia Knaub, Penn Fusion U14, Phoenixville, Pennsylvania, Midfielder: The talented ballwinner is a commanding presence in the middle of the park and played a key role in her team’s recent, 3rd consecutive, State Cup title.

Kirsten Gochenauer, Penn Legacy U17, Midfielder: A technical and versatile midfielder with great leadership ability as exhibited in her team’s recent Cup run.

Marissa Sheva, Penn Fusion U14, Sellersville, Pennsylvania, Midfielder: Strong technical player who splits time between midfield and outside back. Played a major role in the team’s recent three-peat as EPA State Cup champions.