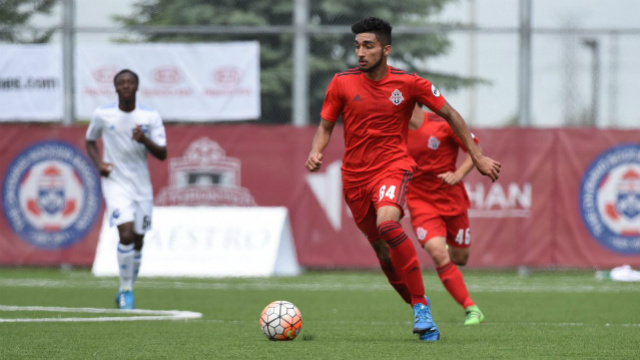 North America’s most prestigious youth tournament kicks off on Sunday in the Dallas-Forth Worth region, as the 38th edition of the Dallas Cup begins.

Featuring teams from around the world from the U14 through U19 age groups, some of the biggest names in world soccer will be there: Manchester United, Chivas Guadalajara and Everton FC will all send youth sides to compete in the Gordon Jago Super Group.

There will be a host of notable games over the weekend, as group play begins on Sunday and lasts through Wednesday, before turning toward knockout play Easter weekend.

Sifting through the top games to note will always overlook deserved matchups, though here are five that stick out from the older age groups (all times local).

Most of the prestigious names at the competition are situation in the U19 Super Group, as the English Premier League is represented by not one, but two teams. Everton’s opener against FC Dallas will present a stiff test for the latter, as the much-vaunted MLS side is often referred to as the premier outfit in North America. Expect to see Jesus Ferreira get the opportunity for FCD’s U18s, which will be playing up an age group, as he’ll have the chance to score goals against highly regarded opposition. Wake Forest recruit Brandon Servania is one of the premier players in the class of 2017, and he’ll seek to win the midfield battle on Sunday and set things up for a win for the local side.

With TFC representing the lone MLS side that doesn’t compete in the Development Academy, their outfit is less well known than other sides. The matchup on Sunday will provide a first impression not just for the Canadian outfit, but their Red Bull opponents as well. While it may not be a familiar name from Brazil, any youth side from the soccer-loving country is sure to bring a high level of talent. TFC could call on experienced USL and Canadian youth national team players like Shaan Hundal, Malik Johnson and Liam Fraser, which would provide valuable experience and talent.

When facing a side like Manchester United, expectations are high simply because of name associations. It should be a tough test for Real Salt Lake team that has plenty of talent, even if the team isn’t at the same level as in years past. Attacking players like Kristopher Fourcand, Milan Iloski and David Ramos will look to replicate their goal-scoring accomplishments at the Development Academy level against a Manchester United youth side. The trio has all hit double-digits in the DA season so far, and will look to replicate those feats at the Dallas Cup.

While it can be difficult to look past the glittering names of the Super Group, plenty of high-powered games feature in other age brackets. This clash on Sunday between the Dynamo Academy and FC Golden State should be a tasty encounter, serving as a defacto Development Academy clash. No matter the competition, FC Golden State always tends to produce entertaining, possession soccer, and will look to put the shackles on the Dynamo. The MLS side hasn’t exactly set the world on fire in the Central Frontier Division, sitting in eighth place in the U18 age group.

A club that consistently sends teams to compete at Dallas Cup, Loudoun SC has an interesting assortment of Division I talent: Christopher Little (Virginia Tech), Bryan Silver (Notre Dame) and Bret Halsey (Virginia) are all ACC-bound with the class of 2018. The Virginia side will test itself against Arizona Arsenal, an accomplished team on the regional circuit that can put its best foot forward against Loudoun. Both sides will likely push to win this game, since it’s the first matchup for both sides in Bracket E, and could determine who progresses.