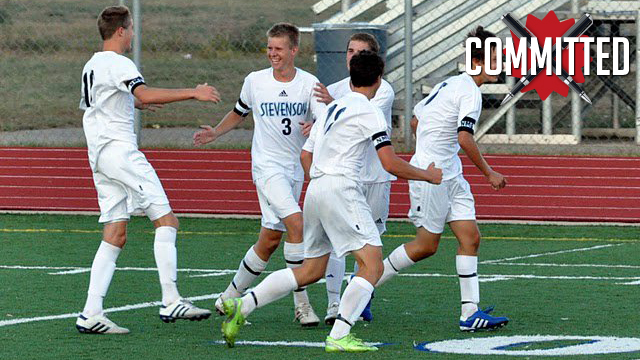 Zack Atwood is a hockey player. At heart, that is. He spent all too much of his youth chasing a puck while playing on travel teams in the Detroit area. 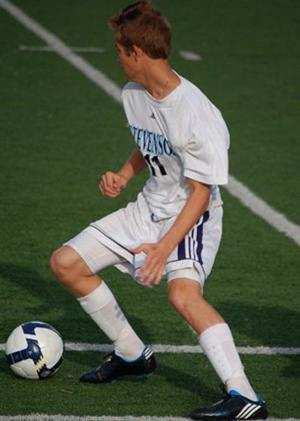 And though he’s a soccer convert, you can still find remnants of his hockey mentality through his toughness, and his loyalty to his teammates and community.

Atwood, now a high-scoring striker for Crew Soccer Academy Wolves, stayed true to those roots by recently committing to local Detroit(m) Mercy for the 2013 season. Even as Michigan, Michigan State, and Notre Dame had showed interest, Atwood felt most at home at … well, at home.

“Detroit Mercy is home to me. I didn’t feel comfortable at those big schools,” Atwood said. “Detroit Mercy has one of the best medical schools in the country, and one of the big things I looked at was the ratio for the student to the teacher.”

Atwood will get all the attention he needs there, and will also be groomed by head coach Nicholas Deren who just so happened to attend Atwood’s Livonia Stevenson High School once upon a time.

With the campus just 20 minutes away from his house, Atwood will have all the familiarity he needs to make a smooth transition. He currently leads his Crew Soccer Academy Wolves  Development Academy U16 squad in scoring and is a driven player who loves to take defenders on.

“I am very passionate when I play and I hate to lose,” Atwood said. “I am very self motivated. I train everyday for three hours to improve and when I’m in my house I always have a ball at my feet. It’s been this way since I was 12.”

Hunter Bandy, of Team Boca, has verbally committed to Wake Forest for the 2013 season while Placer Blues 95 standout Dominic Scotti gave his verbal to the Demon Deacons for 2014.

Bandy is a dangerous attacker from the wing who likes to push the pace. Said Bandy of his decision: “I chose Wake because it is an incredible combination of soccer and academics which I feel is extremely important. I also love their style of play, the coaches and the campus.”

Scotti echoed the sentiments and said he’s looking forward to joining Collin Martin, whom he knows.

Scotti, who not long ago had the chance to train with Bolton Wanderers Academy in England, is a gritty midfielder and takes pride in playing both sides of the ball.

“I have always dreamt of playing in the ACC,” he said.

Marcus Micheletti (FC Greater Boston) has signed to Rhode Island for the 2012 season.

Daniel Battle (Baltimore Bays) has signed to Hood College for the 2012 season.