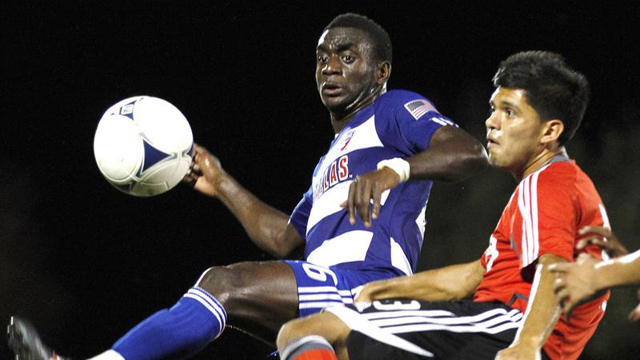 A former member of the U.S. Residency Program and All-ACC Freshman Team honoree is currently on trial in Europe.

Former Duke defender Christian Ibeagha is currently on trial with FC Emmen, a second division club in the Netherlands. The 6-foot-2 defender plans to head to Bohemians 1905, a top division side in the Czech Republic, in the coming days. 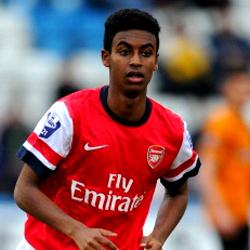 Ibeagha’s path to a professional career has been a curvy twist. The Blue Devil only played five games during his senior season before an injury derailed his final campaign.

The 23-year-old looked to start his career shortly after that with tryouts in Europe, but it did not materialize. Back in the States, FC Dallas expressed interest in him and brought him for a trial. However, a long-term contract was never signed.

He finally inked his first professional deal with NASL outfit Puerto Rico Islanders in 2012. Ibeagha appeared with the Islanders during their CONCACAF Championship run that fall, but his stint with the club ended months after that.

The allure of Europe is still pulling at the athletic defender who made appearances with the U.S. U17 Men’s National Team in 2007 as well as Nigeria’s U23 MNT in 2011.

International PRO Management director Sevy Sucurovic said that Ibeagha’s trial with FC Emmen has been a success so far, but Ibeagha will also check out Bohemians 1905 in Prague as well as some other Czech Republic clubs. Sucurovic added that there are additional plans to send Ibeagha to Denmark, Croatia, or Belgium.

Ibeagha’s younger brother, Sebastien, is currently enrolled at Duke, and a prized prospect of the Houston Dynamo Academy.

The Washington Post put out a very thorough breakdown of the situation with star Arsenal prospect Gedion Zelalem and the possibility of him playing for the U.S. Men’s National Team.

One of the most interesting nuggets from the well-researched article is the revelation that U.S. head coach Juergen Klinsmann has reached out to the 16-year-old about his international future.

This is far from common. U.S. Soccer typically has age-appropriate coaches reach out to dual national players. In Zelalem’s case, that would be either Javier Perez (the U.S. U18 MNT coach) or Tab Ramos (the U20 MNT coach).

The possibility of getting Zelalem on board for either of those teams is extremely slim, but the allure of the full national team call-up could be enough to persuade him into donning the U.S. Soccer crest again.

Dallas Texans take on the best

Dallas Texans earned an invite to the Manchester United Premier Cup, which is a global competition among the best U15 club teams in the world.

Dinamo Zagreb beat AC Milan 2-1 in the final to capture the crown of the event. The Texans finished the event in 15th place with a 3-0 win over San Luis de Quillota on the final day. Texans also played Chivas de Guadalajara and Borussia Dortmund at the event.