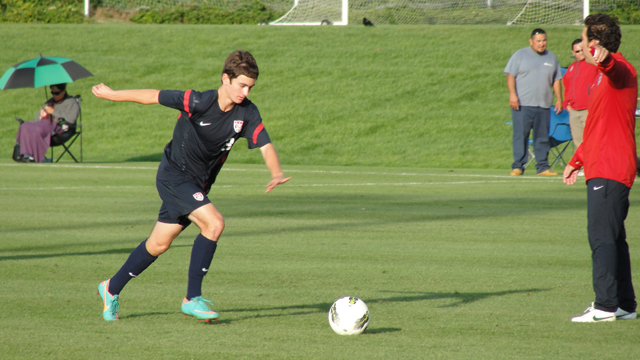 There is a fondness for Americans at Fulham after the success of Brian McBride, Carlos Bocanegra, Clint Dempsey, and Kasey Keller at the London club. Despite a lack of U.S. Men’s National Team players currently, there is another growing trend with youth players joining the club’s Academy. 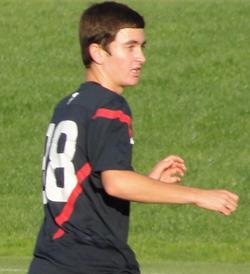 Emerson Hyndman, the grandson of FC Dallas head coach Schellas Hyndman, is a star on the Fulham U18 squad and a coveted prospect in Europe. Hyndman helped lead the Whites to a Dallas Cup Super Group crown earlier this year.

In the younger ages, Virginia-natives William and Michael Moravek recently had their spots renewed at the academy in south London. William will be a member of the Fulham U12 squad next season while his younger brother will suit up with the U10s.

Hyndman and the Moravek brothers might have company in London soon, as U.S. U15 Boys National Team midfielder Luca de la Torre has been rehabbing his knee at the club and could join full time when he turns 16 years old in May.

De la Torre, who has a Spanish passport, is turning down the invite from USSF to join the Residency Program in Bradenton, Florida for this opportunity with the English Premier League side.

U.S. U17 Men’s National Team head coach Richie Williams told TopDrawerSoccer.com this week that the center midfielder will still be an important part of the make-up of the squad despite his absence from the every-day training environment in Florida.

De la Torre missed the last event with the 1998 age group, a trip to Italy for an international tournament, due to the knee injury, but he has been a starter during every other camp at the attacking midfielder role.

He joins Joshua Perez (ACF Fiorentina) and Joe Gallardo (Monterrey) on the list of players that have elected for foreign academies over the traditional Residency Program route. There may be others as Haji Wright has also been training with the London club, but he does not possess the EU passport, which will complicate matters on his arrival.

A couple of ACC talents are headed to Europe this week with trials lined up in Germany and Sweden. Virginia center back Zachary Carroll tweeted that he will be training with Jönköpings Södra and IFK Göteborg, the former belongs to the Swedish second division while the latter is a member of the top flight.

Wake Forest sophomore-to-be Jalen Robinson is also headed across the Atlantic as he will be training with SC Freiburg, which finished fifth in Bundesliga last season. U.S. U20 Men’s National Team defender Caleb Stanko plays with the SC Freiburg reserve team.

Philadelphia Union has scheduled a game against Chelsea U23 for Sunday, July 14 at 11 a.m. (ET). Union, which will be starting an Academy team in the fall, has called in six youth players for the game.

Brian White (a Duke commit), Noah Snyder (also headed to Duke), Will Campbell, Matt Greer (Dartmouth commit), Christopher Gomez, and Daniel Barbir were the youth players that Union tapped for the game and three days of training with the Union first team this week.