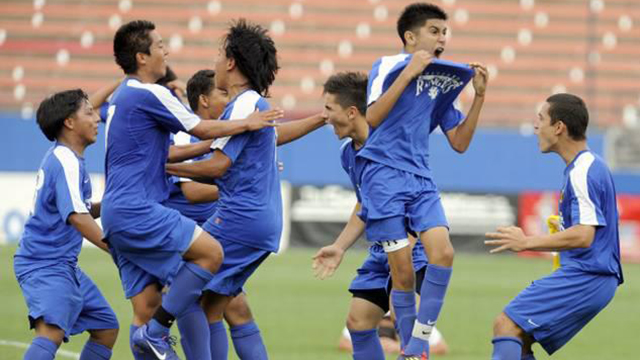 The club from Southern California that has been around since 1963 has recently enjoyed its most successful run in history.

With back-to-back Dallas Cup Championships, a U.S. Youth National Championship, and countless other tournament trophies, the Fullerton Rangers U15 Boys team has become the face of the club.

Last Sunday, the team, which is led by NSCAA Youth Coach of the Year James Obleda, captured that second Dallas Cup crown with a 2-1 victory over German professional youth side Eintracht Frankfurt.

“It can’t go much better than coming back with the trophy again,” Obleda told TopDrawerSoccer.com. “This second one was a lot more difficult.”

On top of losing players from last year’s squad to local U.S. Soccer Federation Development Academy clubs in Southern California, Obleda was also dealing with injuries to a few key players throughout the tournament. 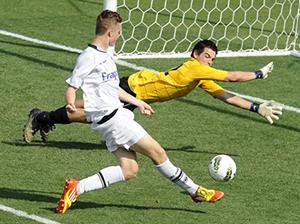 “What they put out there was incredible,” Obleda said. “Everyone had to step up. They put such commitment to the cause and what we are about.”

The club philosophy stems from the coach, who is passionate, honest, and caring when it comes to his club.

Seven years ago, Obleda took over as the Director of Coaching and Technical Director for the Fullerton club. He quickly implemented a curriculum for the club, and put everyone on the same page.

The results are paying off now with a U15 team loaded with talented players that other clubs are eager to poach. Even when one player leaves, another player seizes the chance to step into the role.

“Four of the guys that started for us in the title game were on the bench last year,” Obleda said. “Elijah Barajas and Ednnis Arriaga started with us on the B team for this age. They stuck with it and are now starters for this team.”

On top of losing players from last year’s squad, Obleda also cited facing multiple professional teams during this year’s run to the title at Dallas Cup.

“The first year, we played only Pumas among the professional clubs,” the coach said. “This year we played four professional youth teams. It was a great level and standard.”

The Rangers also claimed a bit of history.

“Dallas Cup officials told us we were the first to win back-to-back from the younger age groups.”

The results are favorable for Fullerton Rangers, but it will be the player development that really stakes the claim for the club. Perhaps at the apex of the growth (and the ideology) for Rangers is the national team player Amirgy Pineda.

“In the final, it was Ami Pineda,” Obleda added. “This tournament was his.”

Pineda led the team in scoring with four goals at the event. Region IV ODP regular Dylan Smith and Andres Lemus were tied for second with three goals a piece at the tournament.

As for the future for the Rangers, the next up is the US Youth Soccer Far West Regional Championships in Phoenix in late June.

And while the club continues to succeed, Obleda said interest from U.S. Soccer and the Development Academy has been minimal.

“Yes but it is out of my control,” Obleda replied when asked if he was pursuing acceptance in the Academy. “I can provide the best opportunities for the players. We are providing so many avenues for players. That is all we can do.”