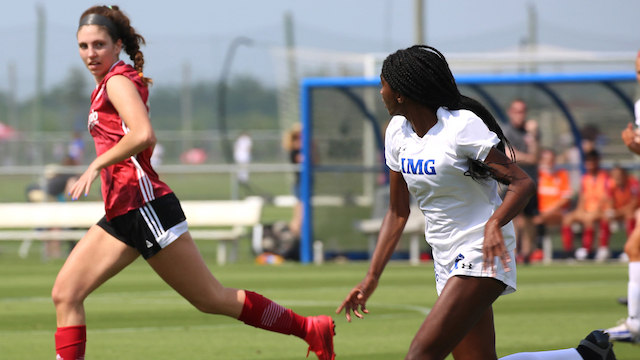 The first full Girls Academy event of the club season kicked off on Friday from the IMG Academy in Florida. Following an unexpected winter storm canceling most of the last event, players, coaches, and organizers were grateful to see the warm, sunny skies of Florida on Friday.

The opening day of the event featured teams from the 04 and 05 age groups. The 06 and 02/03 groups are scheduled to kick off tomorrow.

The opening day could be filed under if you’re good enough, you’re old enough. Two of the top 2008 players in the country squared off in the evening against each other. The fun part is they were both playing for their respective club’s 2005 team. Both held their own in the game, as I’m sure youth national team scouts looked on at the future of the program.

Check back on TopDrawerSoccer throughout the event for coverage from the games.