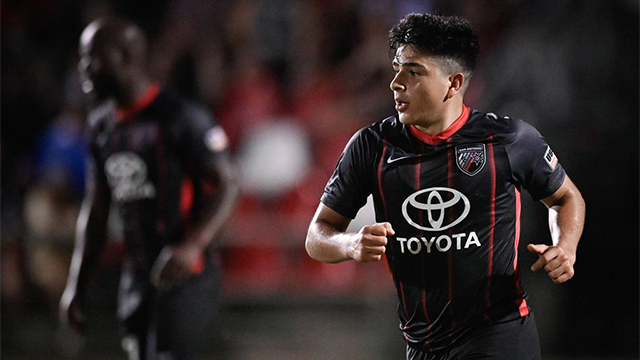 Arguably the top talent from outside the Development Academy has turned pro.

Jose Gallegos has signed a multi-year contract with San Antonio FC in the USL Championship, the club announced on Thursday.

“We are very excited to add San Antonio native Jose Gallegos as a full-time professional to San Antonio FC,” SAFC Head Coach Alen Marcina said in a press release. “Jose has consistently demonstrated through his earned opportunities that he can be a dominant attacking player in the league and has an endless ceiling of potential. As a technical staff, our focus is to ensure we are developing Jose every day so he can improve and elevate his game that allows him to be successful for SAFC and beyond.”

The No. 143 ranked player in the 2020 Boys IMG Academy Top 150, Gallegos made his debut for San Antonio FC in last year's U.S. Open Cup. He would go on to play more than 600 minutes as an amateur signing, appearing in 14 games while scoring a goal and chipping in an assist.

“The beginning of something special.”

Competing for local club Classics Elite in the San Antonio area, he's been involved with the USL Championship side since joining in first team training sessions during 2018.

"I’m looking forward to continuing on my path to become the best player I can be,” Gallegos said in a statement. “I’m very grateful to San Antonio FC and the staff for the continued opportunity. I want to make my family proud and give back to them for all their sacrifices. This is the beginning of something special.”

While also excelling at the club level, he played high school soccer at Central Catholic, where he served as team captain and won four straight TAPPS (Texas Association of Private and Parochial Schools) State Championships. He had been committed to play at NC State starting this fall.

In the USL Championship preseason, Gallegos has scored three goals in three matches, including a star turn against FC Dallas.