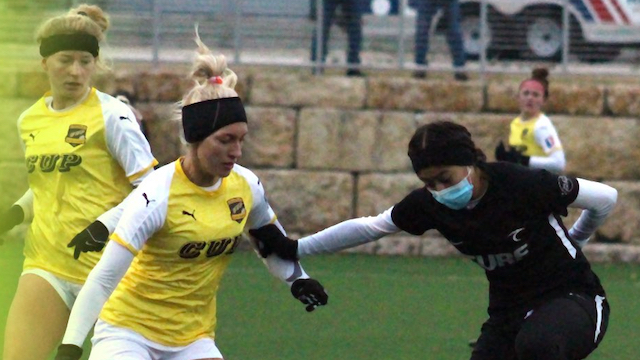 The first Girls Academy League Event of the club season wrapped up on Sunday. It was an early conclusion due to the weather in Texas, as league officials decided a few days earlier to cancel all of the games on Monday and also some of the games on Sunday.

The final day featured the second day of action for the U19 age group. On top of battle tough opposition and fatigued legs, the bitterly cold conditions only got worse into the day. Every player, referee, coach, and parent was a warrior for withstanding those conditions on Valentines Day.

There were some extraordinary performances on the day - including an attempted bicycle kick off a corner kick. TopDrawerSoccer highlights some of the standouts from Sunday’s games below - plus some standouts from earlier in the weekend.