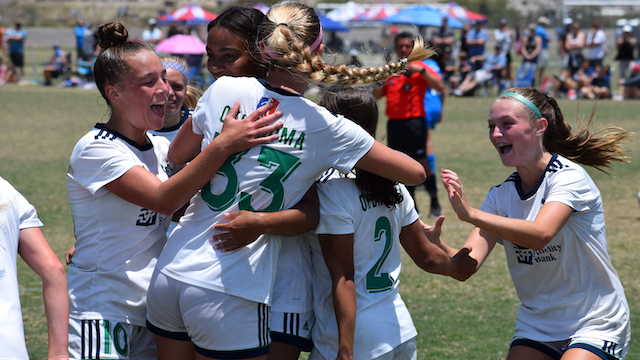 OCEANSIDE, California - The first four teams booked their spots at the GA Finals in Greensboro on Sunday. The 06 age group had their quarterfinal games with the winners claiming a spot at finals week in North Carolina in July.

NEFC, IMG Academy, West Coast FC, and Oklahoma Energy claimed the four spots in the semifinals. The 04 age group will have their quarterfinal on Tuesday. The 05 age group will be on Wednesday.

Sunday was also the semifinal round for the U19 age group. Tophat prevailed over local side City SC while FC Bay Area Surf took care of work in the clash against Indy Premier. The two victors will square off in the championship bout on Monday.