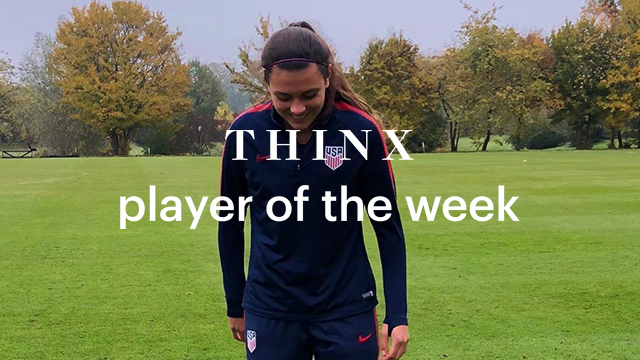 A soon-to-be UCLA player stepped up in a big way for her current club side over the weekend.

Kali Trevithick helped her Legends FC U18/19 side to a pair of quality wins during a trip to the Pacific Northwest. She scored five times in a 6-1 win against Crossfire, before chipping in another tally in a close 2-1 victory against the Seattle Reign to wrap up the two-game swing north.

Trevithick earns the latest Club Soccer Player of the Week award, presented by THINX. Part of the 2019 recruiting class heading to Westwood, she is the No. 38 ranked player in the 2019 Girls IMG Academy Top 150. With a six-goal weekend, she now has 20 tallies in 17 Girls DA during the current campaign.

The California native was one of several players to put in an impressive attacking shift from the weekend. Catherine Barry nabbed 10 goals in two games for NEFC U18/19, while Samantha Dreiling scored six goals and added three assists in two games for Real Colorado.