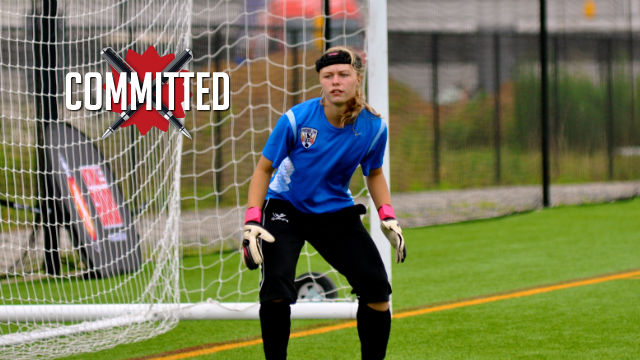 A big reason that drew Ashlan Hustava to make her commitment to join Tulsa was an all-around love of her future college home – one that she would attend even without the sporting connection. 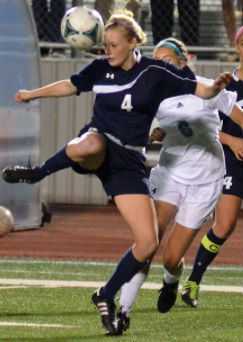 “I decided to commit to Tulsa because I really love the campus and the school in general,” Hustava told TopDrawerSoccer.com. “I can see myself going to Tulsa even if something happens where I can't play soccer anymore. I also want to be an engineer when I grow up and they have a really great engineering program at Tulsa.”

She also had plenty of good things to say about the soccer team, obviously, as she sees herself as a good fit for the way the team plays, among other things.

“The soccer program for Tulsa is really great, the coaches there are awesome too,” she said. “They have really nice facilities and are sponsored by Nike. They sometimes play a 4-3-3 formation like my team right now and I'm really comfortable with that. Also they play really technical and focus on switching the ball and being selective when they attack the final third. I really like that they play like this and they don't just play kickball like some other teams.”

Hustava, who also liked the small campus, is the third verbal commitment to Tulsa for 2016.

A goalkeeper working hard to improve and progress in her development, Mikayla Krzeczowski was looking for the right blend of athletics and academics.

That ultimately led to her making the commitment to a power in the SEC with a track record of developing quality goalkeepers.

“I decided on South Carolina because I was looking for a well-rounded school both athletically and academically,” Krzeczowski told TopDrawerSoccer.com. “The South Carolina curriculum will allow me to pursue several interests I have academically. The support the athletic programs have from the administration was a major plus as well. Overall, USC just felt right from the very first visit I made on campus.”

Krzeczowski has paid close attention to South Carolina’s on-field exploits and liked how hard the team works, along with the job of its coaching staff.

“Coach Shelley [Smith] and coach Jamie [Smith] have done an incredible job in bringing out the best of play amongst the team,” she said. “The team’s style of play is impressive on both sides of the ball play. As for goalkeeping, coach Libby Bassett’s direct approach in working with the keepers is one I am looking forward to benefiting from in my continued development. I know I will grow and mature as a goalkeeper underneath her training and an overall player with coach Shelley and Jamie.”

The goalkeeper is the first commitment to South Carolina’s 2016 recruiting class.

Forward Ashley Arnett (Mustang SC) committed to Pacific for the class of 2015.

Forward Jennifer Marsh (TriCity Storm SC) committed to Colorado(w) for the class of 2015.

Midfielder Chloee Sagmoe (Dakota Rev) committed to Boston University for the class of 2016.

Midfielder Morgan Weaver (Washington Premier) committed to Washington State for the class of 2016.