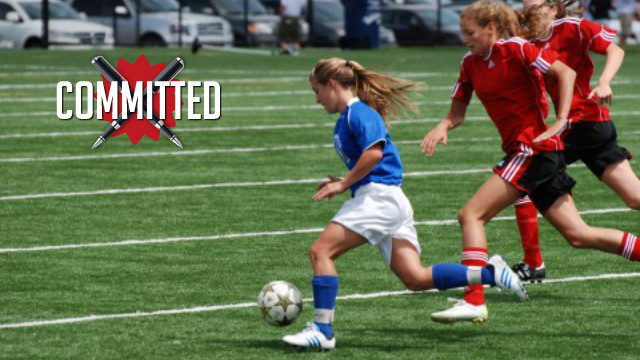 An energetic player who likes to make an impact on the flanks, Mia Hollingsworth took her time searching for the right fit – eventually finding it in the Division II ranks. 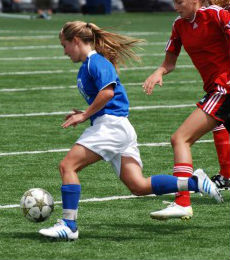 “Lee was recommended to me when I was failing to find the perfect fit,” she told TopDrawerSoccer.com. “Lee has everything I was searching for; strong education, soccer team full of character, ambitious coaches, and a desirable atmosphere. I visited a lot of colleges so when I stepped on Lee's campus, I knew it was the right future for me.”

There’s no question that during her search for schools, she did her homework, trying to learn as much as she could about both the soccer program and the school itself.

“On every college visit, I had a long list of questions for the coaching staff and players,” she said. “Lee answered each of my questions right on point. Coach Yelton focuses on having players with character on and off the field. This recruiting has led to great success for Lee as they have been four time NAIA champions and are now in the transition into Division II. I was eager to join the program when I connected with the girls on the team.”

Lee also felt like the right place because of how comfortable she felt with what the school prioritized off the field.

“In the beginning of my visit, the president had made a speech about the values of Lee,” she explained. “The values of Lee lined up well with my values so it is somewhere that I will feel comfortable when so far away from home.”

After numerous college visits to various schools in the eastern half of the country, Bria Bittiger, a creative forward for FC Revs, found her academic and soccer fit close to home at La Salle University in Philadelphia, PA.

Three-time Atlantic 10 Coach of the Year Paul Royal was a huge factor in her decision to commit to the Explorers.

”Coach Paul has created a tremendous environment at LaSalle,” she told TopDrawerSoccer.com. “He emphasized the total development of me as a person, student, teammate, and soccer player. I was drawn to the feeling of family during my visit. The fact that I get to pursue a career in Nutrition and a chance to reach my full potential as a soccer player is extremely attractive.”

The team’s recent success certainly was a factor as well.

“I am excited to be part of a program that has won back to back Atlantic 10 titles and has made 3 consecutive trips to the NCAA tournament,” Bittiger explained.

Midfielder Allison Abbe (Zionsville SC) committed to Cincinnati for the class of 2014.

Midfielder Hannah Specht (Penn Fusion) committed to Syracuse for the class of 2015.

Defender Sabrina Austin (Vardar) committed to Ferris State for the class of 2014.