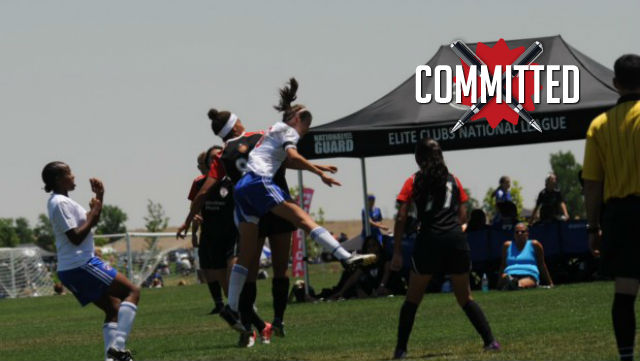 Recently committed to college or interested in having your commitment featured on TopDrawerSoccer.com? Email us at commit@topdrawersoccer.com

A decorated playmaker for FC Dallas’ U17 ECNL side, Addison McCain has enjoyed a strong 2014-15 season so far, with four goals and 10 assists in 17 games. 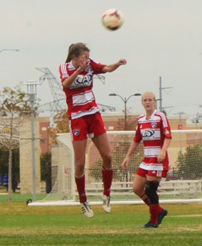 She recently pledged her future to in-state power Texas A&M, verbally committing to join the program in 2017.

“Texas A&M has everything I looked for,” McCain told TopDrawerSoccer.com. “A strong program with an awesome coaching staff. Close to home and an opportunity to get a top notch education.”

It was no surprise to see a player of her caliber draw interest from a number of top programs. The success of the Aggies, both recently and over the course of its history, helped A&M win out.

“Texas A&M soccer has a history of success with back-to-back SEC championships as well as a final four appearance this past season,” she said. “Not only was that an appeal, but the fact that the team gave everything for each other, like family made me realize that, that was the type of program I want to be apart of.”

McCain also felt the school could take care of her off the field.

“The education I can get from Texas A&M, a long with its rich traditions, made it feel like the perfect fit for me,” she said.

The FCD standout is the second verbal commitment to join Texas A&M in 2017.

Speed and dynamism are the pillars of McKaley Goffard’s game.

A budding program close to home attracted the talent of the Washington state based striker, as she’ll head to Eastern Washington.

“I love the location of the school because it is close to home and close to the city of Spokane,” Goffard told TopDrawerSoccer.com. “I also like the small town feel of Cheney.”

Goffard, who was perusing schools in California as well, found a coaching staff with ambition, a major plus for her.

“I am familiar with the coaching system and know it works for me,” she said. “I see Chad [Bodnar] and Max [Weber] taking the program far and I want to be a part of it. I also like that this Division I program is eligible to be in the NCAA tournament.”

The Big Sky program also offered the kind of support she was looking for in a college.

She’s the first commitment to join the program in 2017.

Defender Jessica Haidet (Tophat SC) committed to USC for the class of 2017.

Defender Avery Batson (GSA) committed to Harvard for the class of 2016.