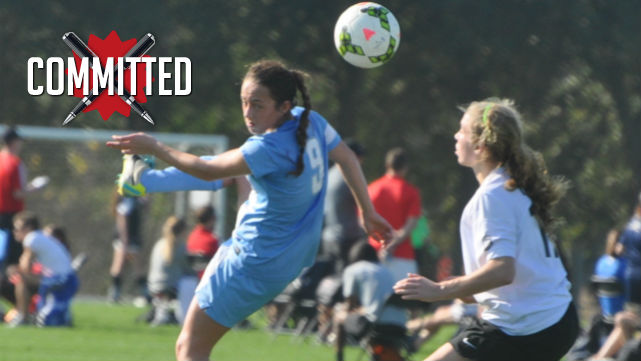 The PDA pipeline has supplied some very impressive players to the women’s DI ranks over the years. 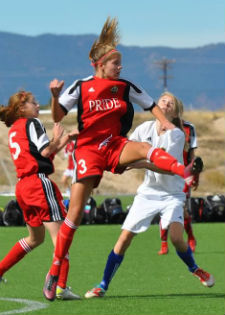 Alexa Ferreira, a midfielder from the New Jersey powerhouse, could be next in line after opting to stay local, thanks in part to a connection with a club coach.

“After considering the countries top soccer programs, committing to Rutgers was easy,” she told TopDrawerSoccer.com. “I’m a Jersey girl and a PDA kid. My family and everything that I love is right here in New Jersey.  When Mike O’Neill was promoted this summer to Head Coach at Rutgers University, I became interested in Rutgers because I knew that changes were coming and I wanted to be part of them. I envision Rutgers becoming one of the countries top soccer programs in the very near future.”

Ferreira is a creative and technical attacking midfielders who looks to get the ball in the back of the net, either by setting up a teammate or scoring herself, credits her Portuguese heritage for her love of soccer.

A sense of familiarity helped her realize that going to Rutgers was the right choice.

“Most of the schools that I visited had similar facilities and amenities,” Ferreira explained. “So for me, it came down to the coaching staff and the culture of the program. I’m very familiar with Head Coach Mike O’Neill and the Associate Head Coach Meg Ryan; they’ve known me since I was nine years old so they know what I’m all about on and off the field.”

She also indicated that the program’s recent conference switch was a big reason for the choice.

“Rutgers joining the Big 10 conference last year changed the school’s athletic program and the schools overall atmosphere,” Ferreira said. “Not to mention, Rutgers is ranked as one of country's top universities, it is a win-win for me. I believe that I will continue to achieve all of my goals on and off the field here at Rutgers.

The PDA standout is the second player to commit to join Rutgers in 2017.

A constant threat in front of goal who looks to be unselfish as well as try and find the back of the net herself, Brianna Alger had moved from Washington state to Colorado a few years ago.

That triggered her to look back at places she was familiar with during her recruiting search.

“I decided committing to Washington State was right for me after visiting the campus in mid November,” Alger told TopDrawerSoccer.com. “I had visited a couple other schools and found they were committing players earlier than I was expecting or planned to myself, so when the fit felt right I didn't hesitate.”

Alger also look at a couple of the top schools in Colorado, but eventually Washington State started to separate itself from the pack.

“The idea of playing in the PAC-12 with a team that has been competitive in one of the toughest divisions in the country, with a new soccer field in the middle of campus and a new soccer stadium and new athletic dorms right next to the playing field in the process of being built, not to mention a coaching staff, players and incoming recruits that are all very welcoming, genuine and felt as though they were instant friends or family, it was hard not to be attracted to what was being offered,” she explained.

The right academic opportunities were also there at the school in Pullman, Washington.

“I liked the fact that the school offers a variety of majors I'm considering and it is located in a small town that has a lot of school spirit that's noticeable whether you are on campus or not,” Alger said. “I also like that they have a follow up program for athletic graduates to assist in finding employment in your chosen field upon graduation.”

She’s the first player to verbally commit to Washington State for 2017.

Goalkeeper McKinley Crone (Florida Kraze) committed to Oklahoma for the class of 2017.

Forward Nicole Bascio (Missouri Rush) committed to Illinois-Springfield for the class of 2015.

Defender Cassandra Marciante (FC Dallas) committed to Lamar(w) for the class of 2015.

Midfielder Rachael Dorwart (Penn Fusion) committed to North Carolina for the class of 2018.

Midfielder Ashley Buck (Utah Avalanche) committed to Pepperdine for the class of 2016.