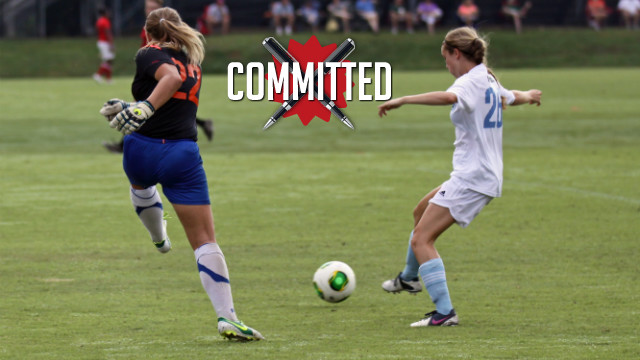 I am hardworking, driven and determined.  I have been told I have really good speed, and I use that to my advantage in 1v1 situations.  I am highly competitive and always want my team to win. 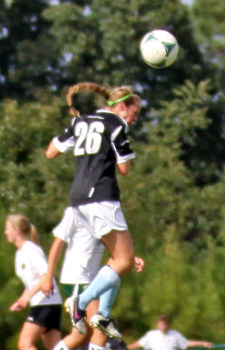 A hard-working, driven attacker, Meredith Long is a North Carolina native that was swayed to verbal to an in state soccer program.

“I committed to UNC Asheville because I loved the team and coaches,” Long told TopDrawerSoccer.com. “The school is amazing and the town of Asheville is great. Asheville offers a unique environment that isn't found anywhere else. I wanted to go to a small Division I school and UNC Asheville is a perfect fit.”

Like many other recruits, Long took a liking to the team’s family mentality and the way they play the game.

“We share the same personalities and clicked immediately when we met,” she said. “I mesh well with their style of play. The Big South conference is very competitive.”

From the classroom perspective, Long found the right options available, solidifying her desire to stay in North Carolina.

“I like the small campus and the student teacher ratio,” she said. “They have a great science department which is what I am interested in. I like that it’s not too far or too close to home and there is always something to do.”

Originally from California, Desiree Bowen was prepared to go just about anywhere for college. Eventually, deep in the heart of Texas, she found what she was looking for in a school.

“I knew Houston was for me when I went for my unofficial visit and couldn't find one negative thing to say about it,” she told TopDrawerSoccer.com. “I had already visited a handful of schools so I had a lot to compare it to. Houston has so much to offer academically and athletically. It was the furthest from home, but I didn't mind that.”

An outside forward with good speed and technical ability, she enjoys running at defenders and taking them on one vs. one.

Along with what she learned to like about the school, the coaching staff helped her out.

“I know everyone says their coaching staff is great, but coach Mike [Stoerkel] and coach [Chris] Pfau are so nice,” Bowen said. “I felt completely comfortable with them. After talking with Coach Pfau, I felt like he really understood who I am as a player. I also understood what he expects from his players. Coach Pfau has a reputation for building programs and developing players. I can see myself being apart of the program’s future.”

Forward Mariah Marrero (Sunrise SC) committed to Elon for the class of 2015.

Forward Katie MacGinnitie (Concorde Fire SC) committed to Georgia for the class of 2016.

Defender Keelin Coulter (Eastside FC) committed to Pacific for the class of 2014.

Midfielder Kaitlyn Forsht (McLean Youth Soccer) committed to Kentucky for the class of 2015.

Midfielder Morgan Ford committed to Houston for the class of 2016.

Defender Valiree Morris (FC Dallas) committed to Tulsa for the class of 2016.

Defender Hannah Natanson (McLean Youth Soccer) committed to Harvard for the class of 2015.

Defender Anna Martin (Lou Fusz SC) committed to Tulsa for the class of 2015.

Midfielder Stephanie Shin (Bethesda SC) committed to Columbia for the class of 2015.