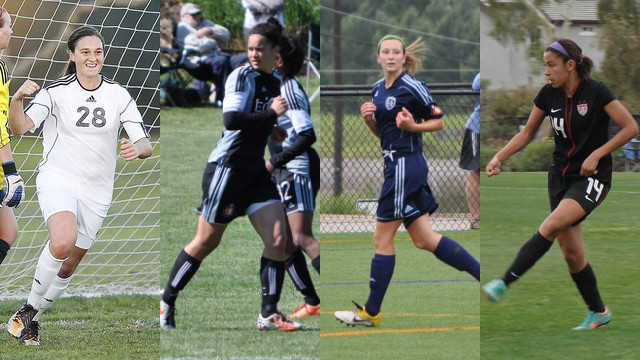 Even if women’s soccer recruiting takes place early, there’s still a long way to go as programs build their 2015 classes.

Commitments from numerous players have streamed in already over the few years, and more than enough players have made decisions to get an early idea of how each group stacks up against one other.

Below is a look at the initial top 10 recruiting classes for 2015. Based off reported commitments for new season, it is shaped by players ranked in the IMG Academy Top 150.

Obviously, these rankings will be subject to change. They’ll be updated several times over the next year or more, as players change their verbal commitments, international signings are revealed and transfers are taken into consideration next year.

Remember, if you’ve made your commitment to college, please send it to us at commit@topdrawersoccer.com.

Currently ranked No. 1 in the 2014 recruiting rankings, Stanford is looking to make it back-to-back with the foundation of another great group. All six verbal commitments are ranked in the Top 150, and nearly all have U.S. youth national team experience: Mia Hoen-Beck, Jordan DiBiasi, Michelle Xiao, Alana Cook and Tegan McGrady have all been in U.S. camps over the past year, while netminder Penelope Edmonds has played for Australia’s U20 squad, and could be the best goalkeeper in the class.