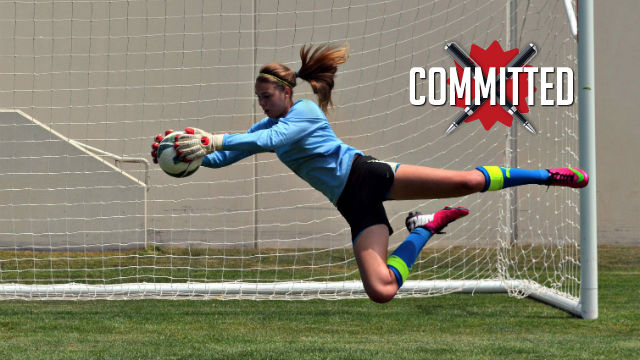 After narrowing her favorite schools to three, Justine Rendl went on another round of visits. 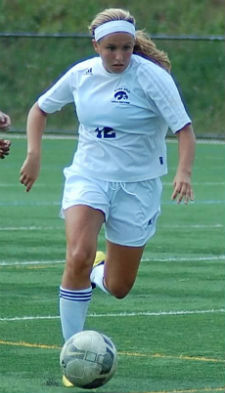 Ultimately, TCU emerged as the clear winner for the shot-stopper.

“The campus is amazing and the town surrounding it is perfect. Fort Worth is a growing industrial area and many Fortune 500 companies are starting to migrate there,” Rendl told TopDrawerSoccer.com. “That is important for me because this grants more internship opportunities.”

Making plans to study entrepreneurship, Rendl’s interaction with the professors and athletic academic advisors played pivotal roles in her decision-making.

Along with that, the ambition of the soccer program under head coach Eric Bell, not to mention the athletic facilities, also swayed her.

“They haven't won a NCAA Championship yet, but Bell is determined to be the first TCU soccer team to do so,” Rendl said. “Every year builds on the last, and I am excited to have the opportunity to make history at the school. I have not been to the summer camp yet, but I will be attending this July to meet and train with my future team.”

Hamer has been no stranger to the soccer program either, as it was one of many she tracked during her college search. The coaching staff’s mentality was a huge plus.

“I've been following Elon for a couple of years and they've really built a strong and competitive program,” she said. “I love the coaches' philosophy – they understand that we're both students and athletes and seem committed on maintaining that balance.”

The forward, who has nine goals in 19 ECNL appearances this season, enjoyed the school’s all-around feel.

“The campus is beautiful and small enough to not be overwhelming, but big enough to have a real collegiate vibe,” she said.

Hamer is the fifth reported verbal commitment to Elon for 2015.

Midfielder Marissa Bosco (Eclipse Select) committed to Kentucky for the class of 2016.

Forward Emma Loving (FC Bucks) committed to Penn for the class of 2016.

Defender Caroline DeBonis (Albertson Fury) committed to Quinnipiac for the class of 2015.